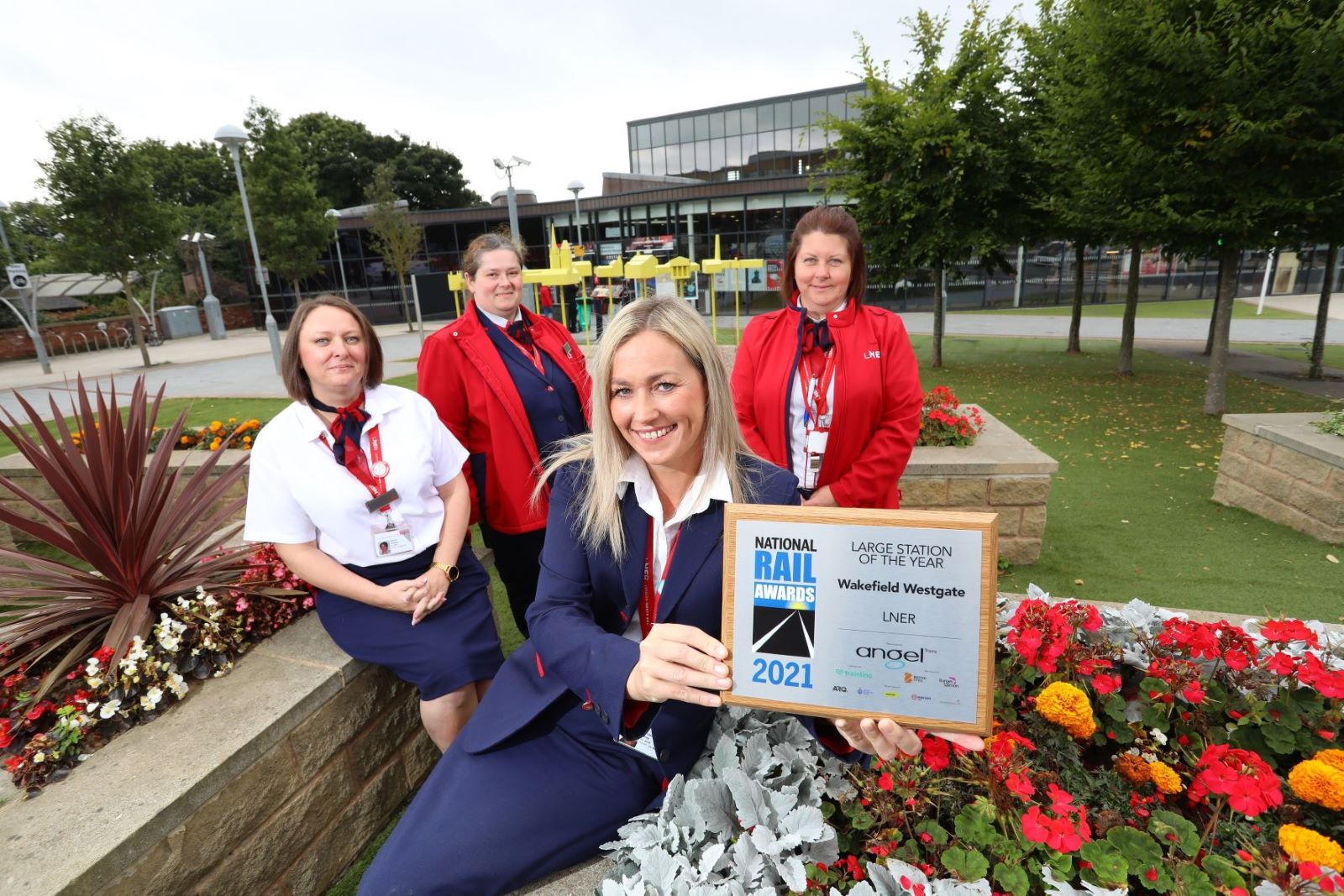 London North Eastern Railway (LNER) is proud to reveal Wakefield Westgate Station has been recognised as the Best Large Station of the Year at the prestigious National Rail Awards 2021. The Awards recognise and celebrate excellence across the railway.

Awards judges praised the high standard of presentation at the station, the piazza at the front of the station and the great customer service offered by the dedicated LNER Wakefield Westgate team.

David Horne, Managing Director at LNER, said: “I am thrilled Wakefield Westgate Station has been recognised in this year’s National Rail Awards. We are proud of the commitment shown by our station team who consistently provide world-class service to customers using the station, despite the challenges of the past year.”

During the past two years a significant amount of work has been undertaken to ensure the station provides a pleasant environment for customers. The lighting and canopies on both Platform 1 and Platform 2 have been upgraded, as well as painting inside and outside giving the station a fresh look. These improvements have been delivered whilst the station team have been working hard to keep people safe and on the move throughout the pandemic.

Wakefield Westgate Station is managed by LNER, which connects the city with its environmentally friendly fleet of Azuma trains serving destinations along the East Coast route between Scotland, North East England, Yorkshire and London.