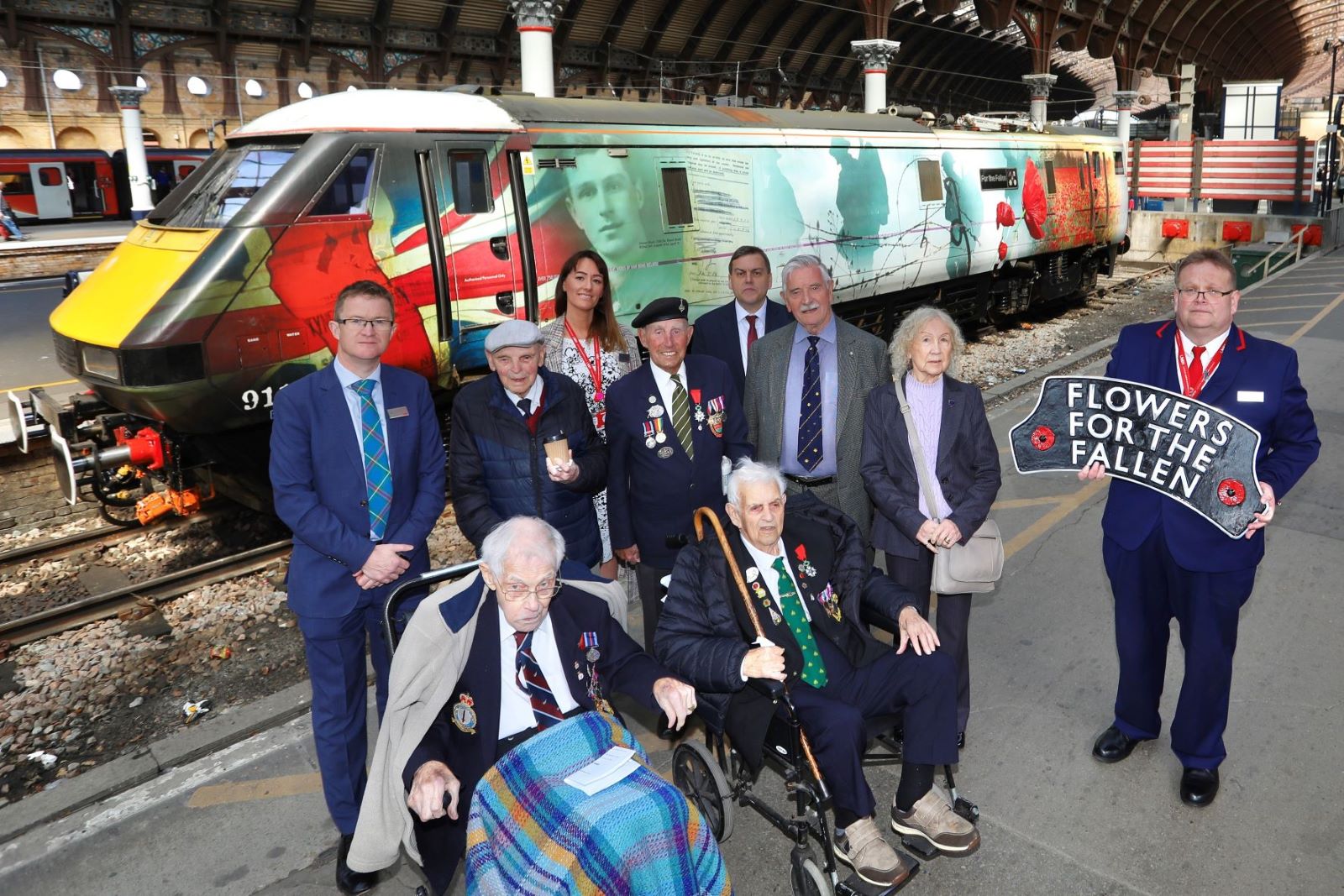 A new plaque has been unveiled during a service to honour railway policeman Robert W. Smith and station foreman William Milner, who both worked for the London and North Eastern Railway. They were among 94 people killed during air raids over York in the early hours of 29 April 1942.

Hundreds of people were injured in the Luftwaffe raids, known as the ‘Baedeker Raids’, which hit historic targets, with York one of five English cathedral cities bombed. The railway station was among many buildings severely damaged, targeted for its role as a principal part of the national rail network.

William Milner was killed after entering a blazing building to obtain a box of medical supplies needed to treat casualties. He was posthumously awarded the King’s Commendation for Gallantry. A bronze plaque was unveiled in his honour at York station in the 1980s. Recent research has found that another volunteer railwayman was killed in the raid, Robert Smith and to mark the 80th anniversary of the raids, a new plaque has been placed at York Railway Station close to where the policeman lost his life to pay tribute to the men.

David Horne, LNER Managing Director, said: “We are proud to remember and honour two of our fellow railway workers, who sacrificed their own lives to help save others. On this 80th anniversary of the air raids, we recognise their bravery and the resilience of the station teams, who heroically worked to help passengers and to also ensure trains were running by the evening of the 29 April.”

During the early morning raids, passengers were onboard an express train in the station as they travelled from London King’s Cross to Edinburgh when a bomb partially demolished a cast iron roof column and several arch ribs. Train coaches were set on fire, with six being destroyed and a number removed by the Station Pilot and shunters. The Parcels and Booking offices were also gutted and platforms damaged. A nearby power depot was also damaged by a blast, which destroyed further rolling stock.

John Shaw, from the Raids Over York project said: “The air raid of 29th April was known as the ‘Baedeker’ raid in the years after it occurred. Strictly speaking, York was attacked as it was a major railway centre. Newspaper releases some three months later named many railway staff who gave assistance above and beyond their duties and we pay tribute to them. Due to the diligence of people like William Milner and Robert William Smith, York station was back in full operation within 48 hours, a true testament to their dedication.”

Wreaths were laid and tributes paid during the service of commemoration at York Railway Station.