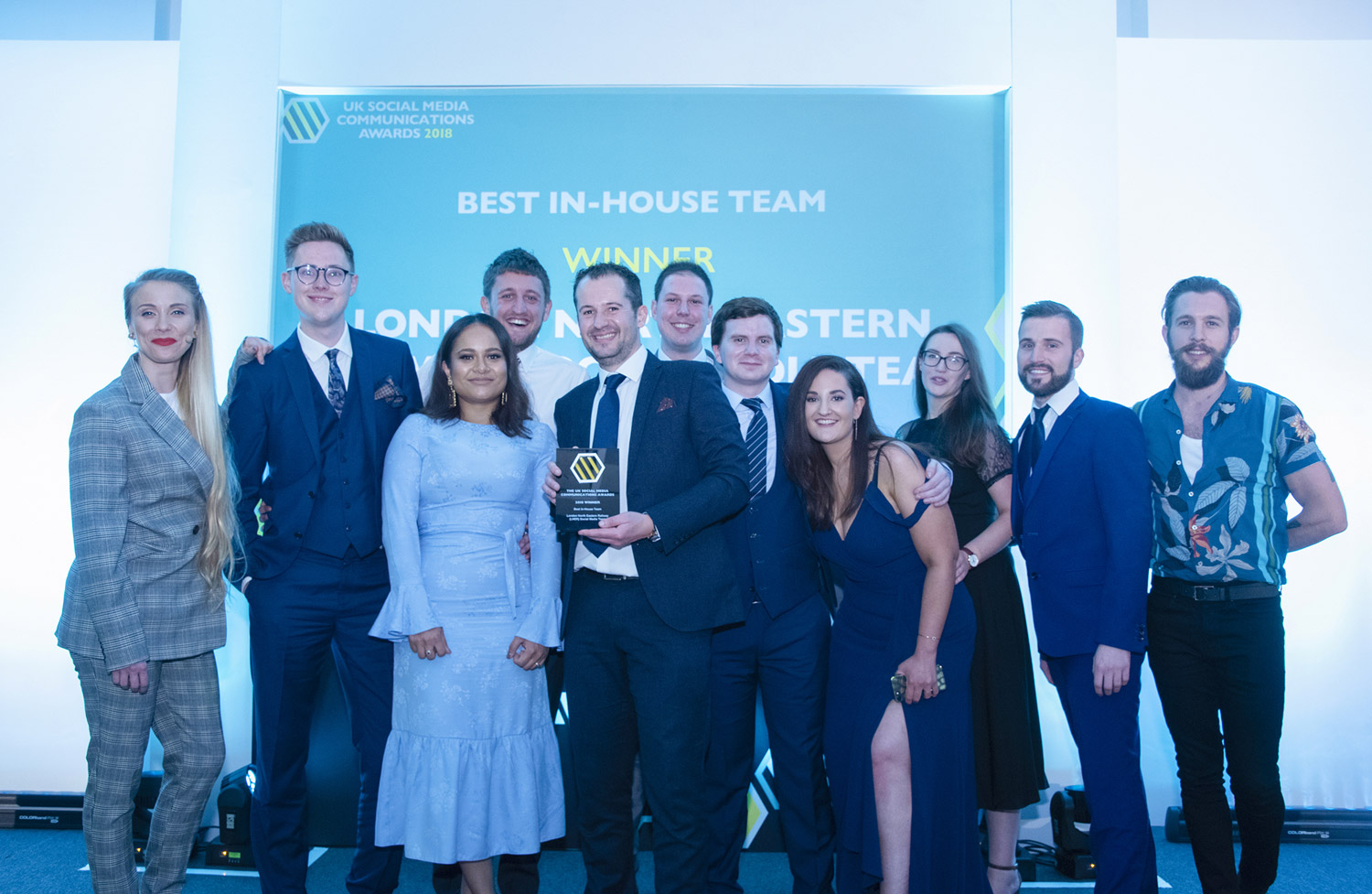 Congratulations to our social media team who finished 2018 on a high after picking up multiple industry awards.

The team picked up two big awards at the UK Social Media Communications Awards in London.

Best In-House Team recognised the team as being consistently great at understanding and using social media platforms, such as their Twitter feed which currently has over 166,000 followers. Kris McGee, who joined the team back in 2017, won the Mark Hanson award – given to the brightest and most promising social media communicator under 30 years old.

Kris stood out for the judges for a number of reasons but it was the way he interacted and responded to customers that really set him apart. One specific instance, which generated national coverage at the time, was the way Kris responded to a couple of negative posts in June regarding our campaign to celebrate Pride. Kris challenged the posts and affirmed the importance of supporting and promoting the LGBT community.

Speaking about the award, Kris says: “It was a huge honour to just be nominated for this award – let alone win it. It was quite emotional to be recognised with this award and hopefully other businesses can follow our example of supporting LGBTQ causes for genuine reasons”.

The team received further recognition after being highly commended in a number of categories at the Social Buzz Awards, and receiving further nominations at the North East Contact Centre Awards.

Nick Wood, who heads up at the team, said: “It’s fantastic for the team and recognises the significant role they play in not just providing practical and timely information to customers, but doing so in a professional and engaging way.  Whether it’s supporting brand and marketing campaigns, assisting with queries or just being there for a chat, the breadth of the work the team does is huge.  The secret to their success is being allowed to display their true ‘social’ selves, whilst still maintaining a flair for doing the right thing for customers no matter what the situation.”

Well done to the team!