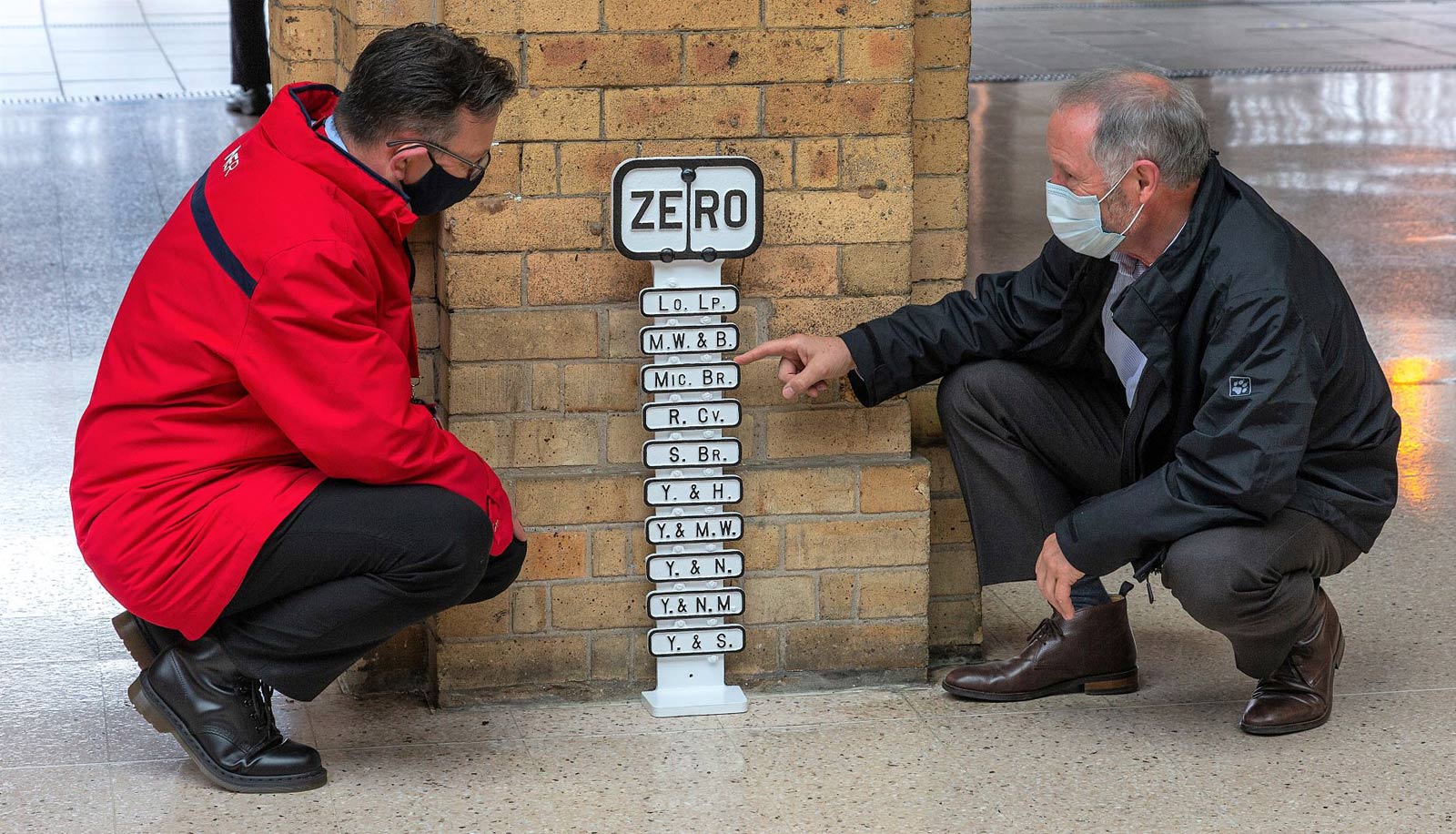 LNER is proud to reveal the restored Zero Mile Post has returned to York Station.

Mile posts were a historic system used by railway companies to measure lines and calculate fares, with ‘Zero Posts’ marking the start of where each line was measured from.

Ten lines or routes shared a Zero Post located at the centre of York Station although it is thought that the original may have been melted down as part of the wartime drive for scrap metal.

A replica post which was installed in 2004 to celebrate the 150th anniversary of The North Eastern Railway has now been reinstalled after being restored to reflect York’s rich railway heritage.

LNER Managing Director David Horne, said: “LNER is proud of our heritage in York, a city with a rich history steeped in the railways.

“It is wonderful to see the Zero Post return to its home in York station and looking so magnificent. Although distances between our destinations have not changed, the speed, comfort and service offered to our customers has been transformed. It is great York remains home to this important piece of history from the era of the North Eastern Railway.”

Chairman of the North Eastern Railway Association, Neil Mackay, said: “The post became a celebrity after it was installed, though many were puzzled by the line initials shown. Our association is delighted to have helped maintain the links between today’s railway and its predecessors.”

The Zero Post has been cleaned and repainted by the North Eastern Railway Association and is now displayed in the original location near the stairs between platforms 5 and 9.