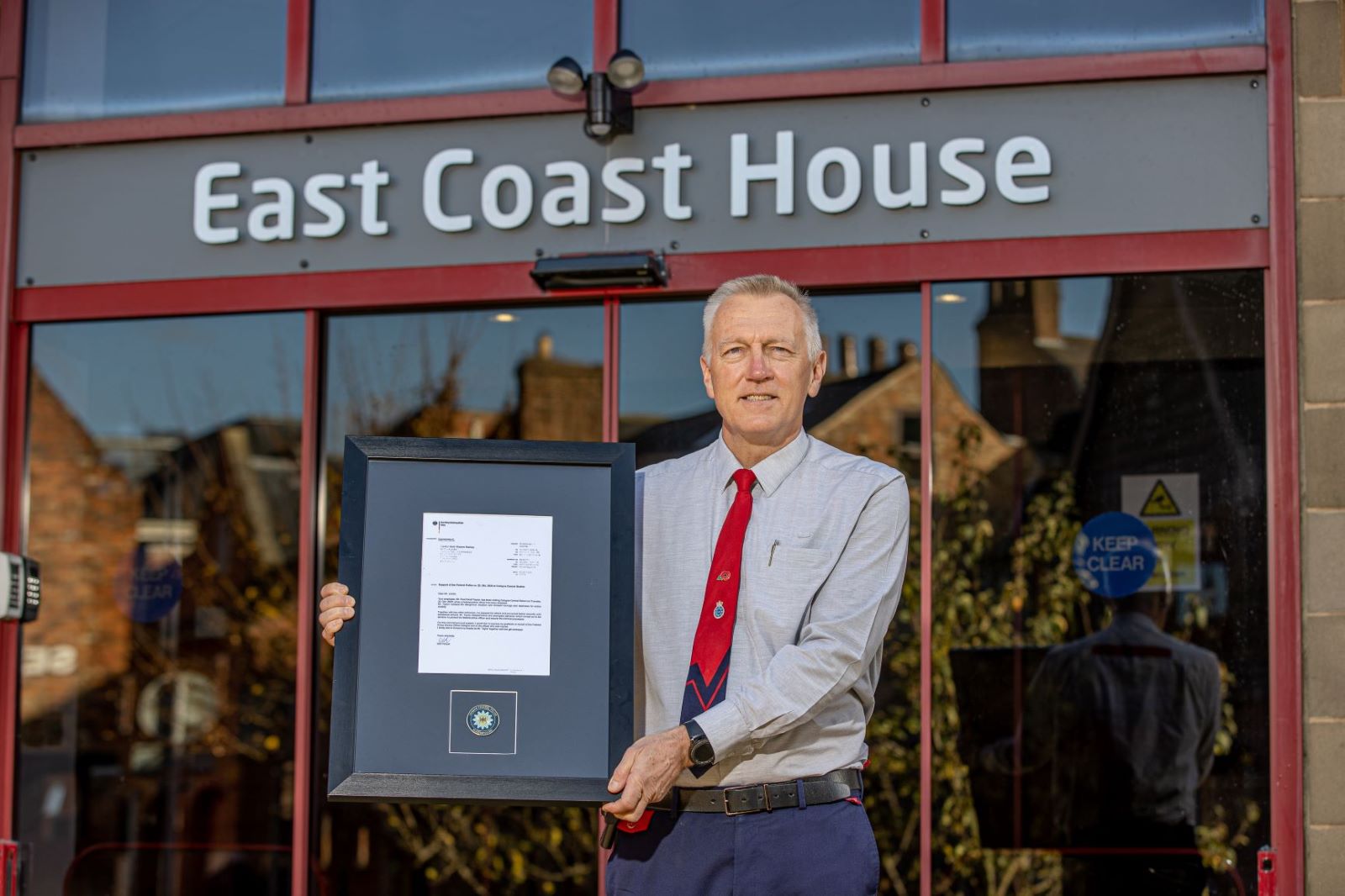 London North Eastern Railway (LNER) has congratulated employee, Paul Taylor, from Bedford, for being officially recognised by the German police after stepping in to assist an officer who was being attacked at Cologne Central Station.

Paul, who works onboard as a Revenue Protection and Fraud Officer, was enjoying a break in Cologne in late October as part of a motorcycle trip through Germany. Paul and his friend were passing through Cologne Central Station as they made their way from their hotel to the city centre. Suddenly and without provocation, a man attacked a lone police officer, knocking him to the ground before continuing his assault.

Paul leapt into action and attempted to restrain the attacker, leading to a struggle where the assailant attempted to get hold of the officer’s automatic pistol. Thankfully, together with the help from an off-duty officer who was passing by, Paul managed to subdue the situation until police backup arrived.

Following the incident Paul was able to enjoy the rest of his holiday, happy and thankful to know that he had helped to prevent a more serious incident from taking place.

Once the trip had come to an end, Paul returned home to work at LNER. Little did he know that the Head of the Federal Police in Cologne, Udo Peltzer, had written to LNER to inform them of Paul’s heroic act and to ask for assistance in bestowing upon Paul a formal letter of gratitude and special coin.

The letter from Mr Peltzer stated: “Mr Taylor realised the dangerous situation and… showed brave and exemplary behaviour which turned out to be decisive to protect the federal police officer.

“For this commitment and support, I would like to express my gratitude on behalf of the Federal Police District Office of Cologne and of the officer who was injured.”

Accompanying the letter was a specially designed challenge coin, which is usually given to officers who have gone above and beyond in the line of duty.

On receiving the letter and challenge coin, Paul said: “I’m really honoured to receive this wonderful recognition. I’m so thankful that we were able to intervene as quickly as we did, as it was clear that the assailant was after the gun and had he managed to get it then goodness knows what could’ve happened.”

David Horne, Managing Director of LNER said: “We’re all incredibly proud of Paul for averting what was set to be a much more serious incident. Intervening as he did required a huge amount of bravery so we were delighted to help recognise his actions.”