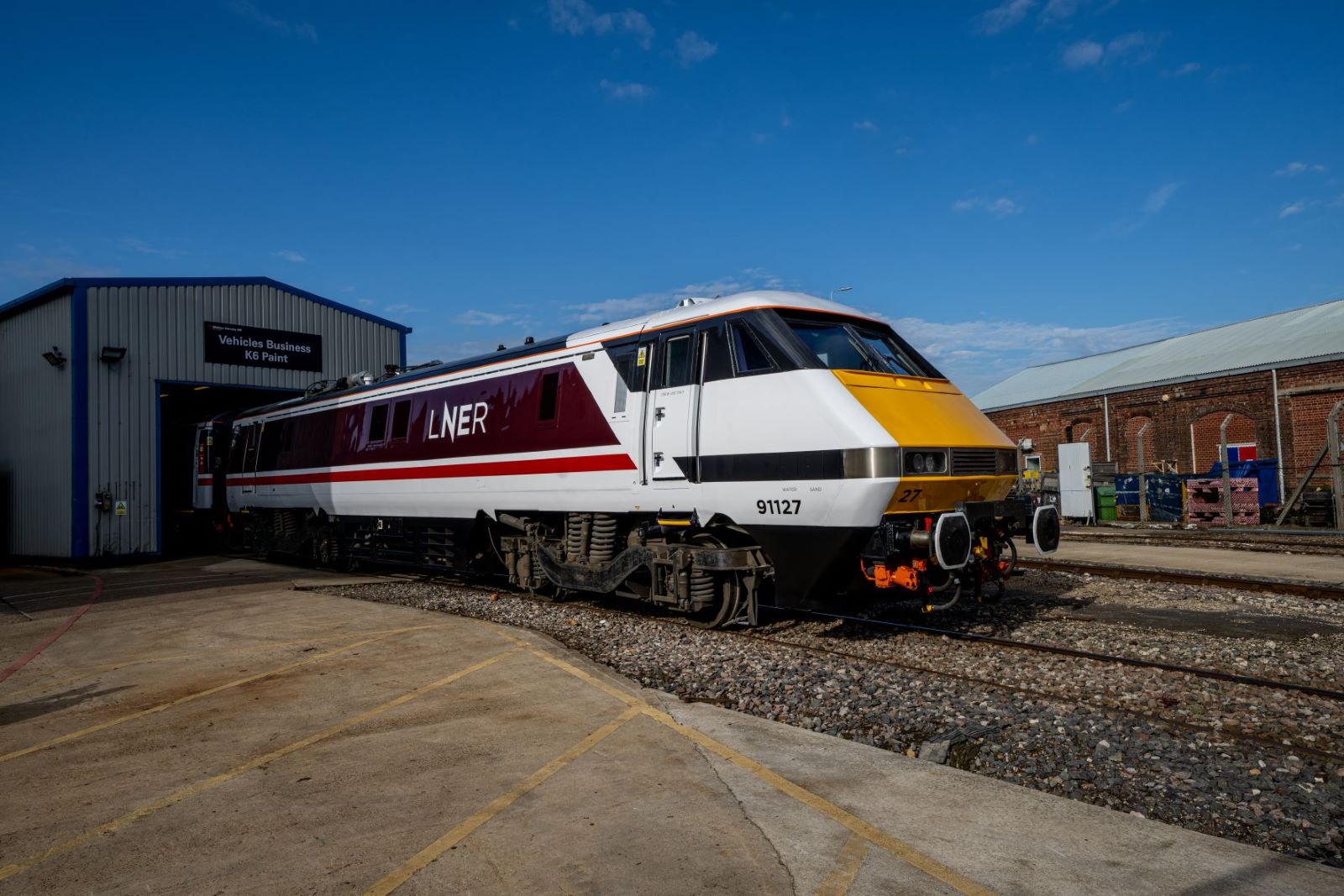 The distinctive design features LNER’s trademark colours of red, oxblood, grey and white, along with its iconic logo, bringing a new look to the trains while also giving a nod to its proud past.

Work on the first locomotive and coaches to carry the new livery has been completed at Wabtec’s Doncaster works as part of a scheduled essential maintenance programme. The fleet, leased from Eversholt Rail, will receive a full repaint and rebrand during the coming months as the rolling stock is brought in for maintenance.

John Doughty, Director of Engineering at LNER, said: “The new livery is not only essential for the upkeep of the fleet but also brings it into the LNER family. It is the first time in many years that the fleet has been fully repainted. The livery was inspired in part by the popularity of the original InterCity 225 design, and we’ve kept the sharp lines and red and white stripes famously associated with the trains which have a place in the hearts of many people.”

The InterCity 225 fleet first entered service in March 1989 and has spent most of its life working on the East Coast route carrying passengers between London and Scotland at 125 miles per hour. The train was designed for a top speed of 140 miles per hour and broke the British railway speed record reaching 162 miles per hour on a test run in 1989.

The fleet is comprised of Class 91 electric locomotives and Mark 4 coaching stock. LNER has 12 locos and eight sets of coaches on lease which operate services between London King’s Cross, Leeds and York, all of which will be branded in the new livery in the coming months.