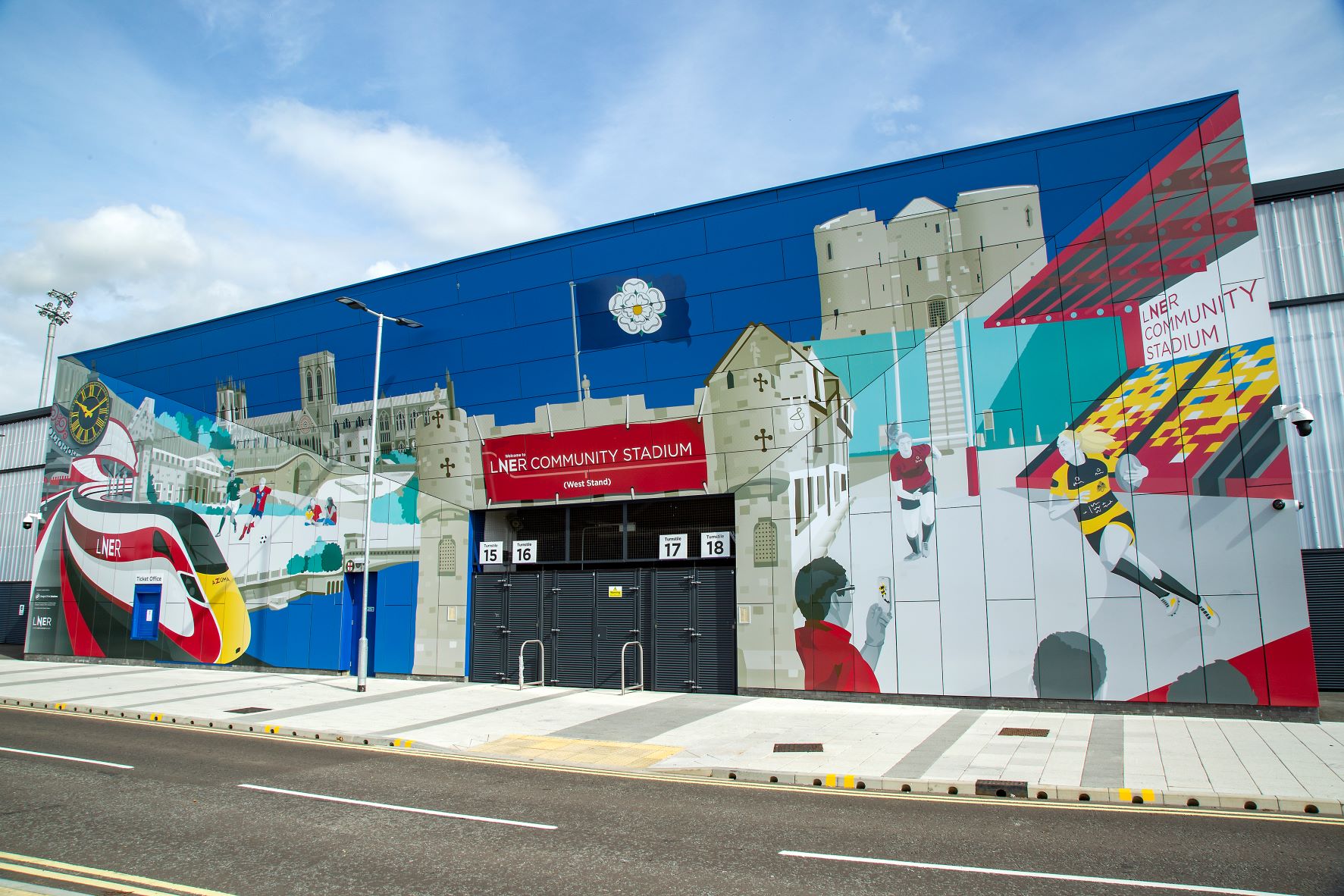 London North Eastern Railway (LNER) has officially unveiled the installation of an impressive 100ft mural, inspired by the local area, at the LNER Community Stadium in York.

Adorning the West Stand, the striking mural was designed by the University of York, and captures sights from around the city including Clifford’s Tower, the famous city walls and York Minster, as well as an Azuma train departing York station. York City FC and York City Knights, who play at the stadium, are also represented with players from both teams depicted within the colourful mural.

David Horne, LNER’s Managing Director, said: “The stadium is a part of the local community, so we felt it was important that the new mural reflected many of the things that make York such a wonderful place to live and work. It’s a great piece of artwork and already we’ve received some incredible feedback from fans and the wider community.”

The feature has been a year in the planning and took 100 hours to create. LNER captured the installation in action in a behind-the-scenes time-lapse film. Fans attending York City’s FA Cup second round game against Hebburn Town on Saturday 18 September will be some of the first to see the completed mural for themselves.

Councillor Aspden, Leader of City of York Council, said: “The mural looks fantastic and perfectly captures the spirit of the stadium and wider complex as an incredible community facility for the local community and the whole of York.

“It is a real shame the fans couldn’t enjoy it at this weekend’s game, but I am sure it will be appreciated by all fans and residents who visit the sports and community facilities for years to come.”