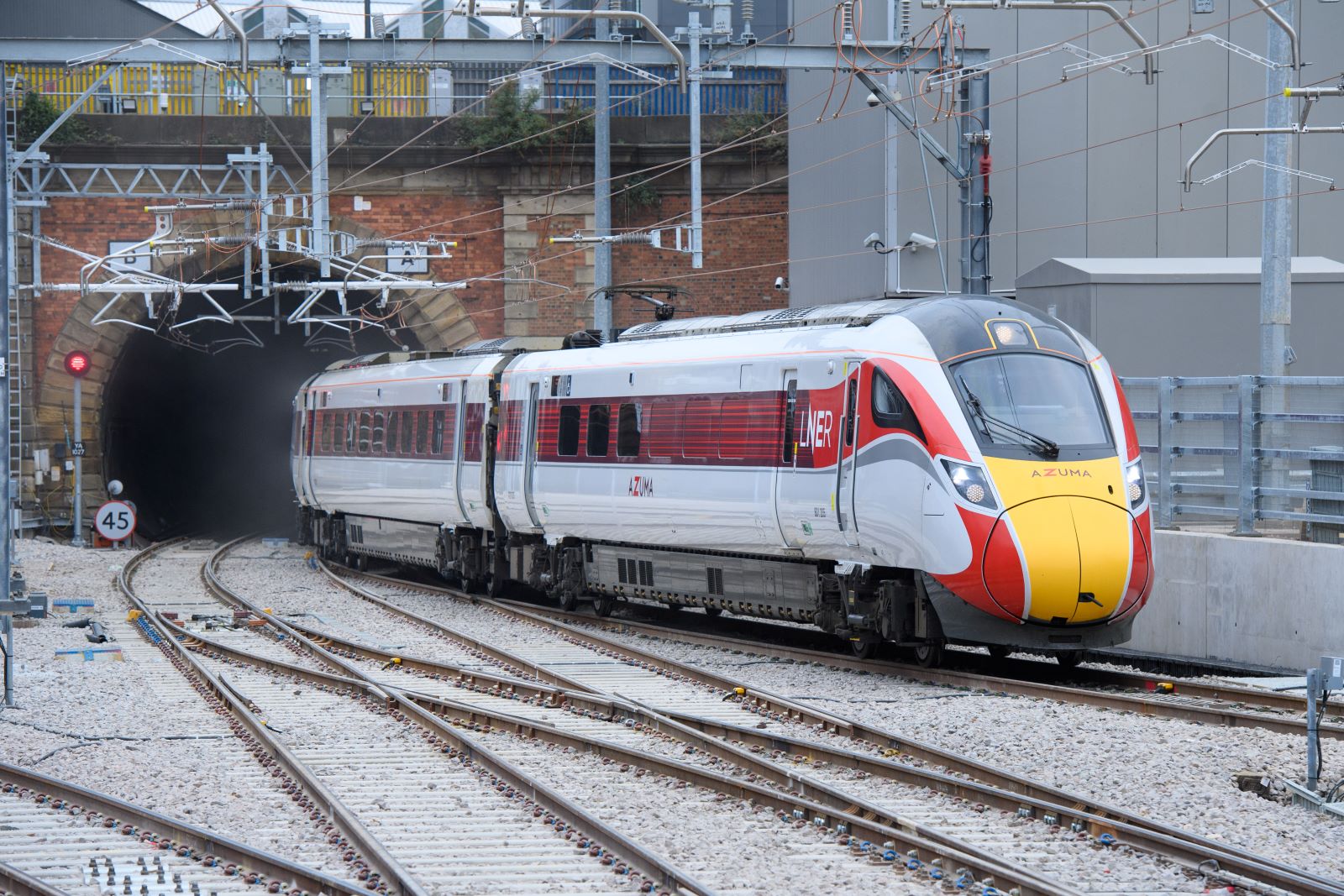 London North Eastern Railway (LNER) is today celebrating an historic milestone that will lead to even faster, smoother train journeys to more destinations.

After 40 years lying dormant, London King’s Cross station’s third tunnel has reopened and seen the first LNER Azuma passenger service to arrive into Platform 0 at 07:01 this morning. The service left York at 04:40.

The reopening of the Eastern Gasworks Tunnel on the approach to the station is a major part of the East Coast Upgrade, which will provide two additional tracks, reducing congestion while making it easier for trains to arrive and depart the station.

Warrick Dent, LNER Safety and Operations Director, said: “Today marks a major milestone in the transformation of LNER services that are being made possible by the East Coast Upgrade. While work continues until June, seeing our first Azuma passenger service arrive through the reopened tunnel means we’re even closer to being able to offer our customers even faster, more frequent and smoother journeys.”

Before its closure, the tunnel provided one of the vital links into one of the country’s busiest railway stations. Archive pictures from The Gresley Society Collection show LNER Class A4 No.4491 ‘Commonwealth of Australia’ using it to enter London King’s Cross with The Coronation Express around 1937 and, almost two decades later, LNER Class A4 No.60030 ‘Golden Fleece’ arrived through the tunnel having travelled 390 miles non-stop on The Elizabethan sometime in 1955. 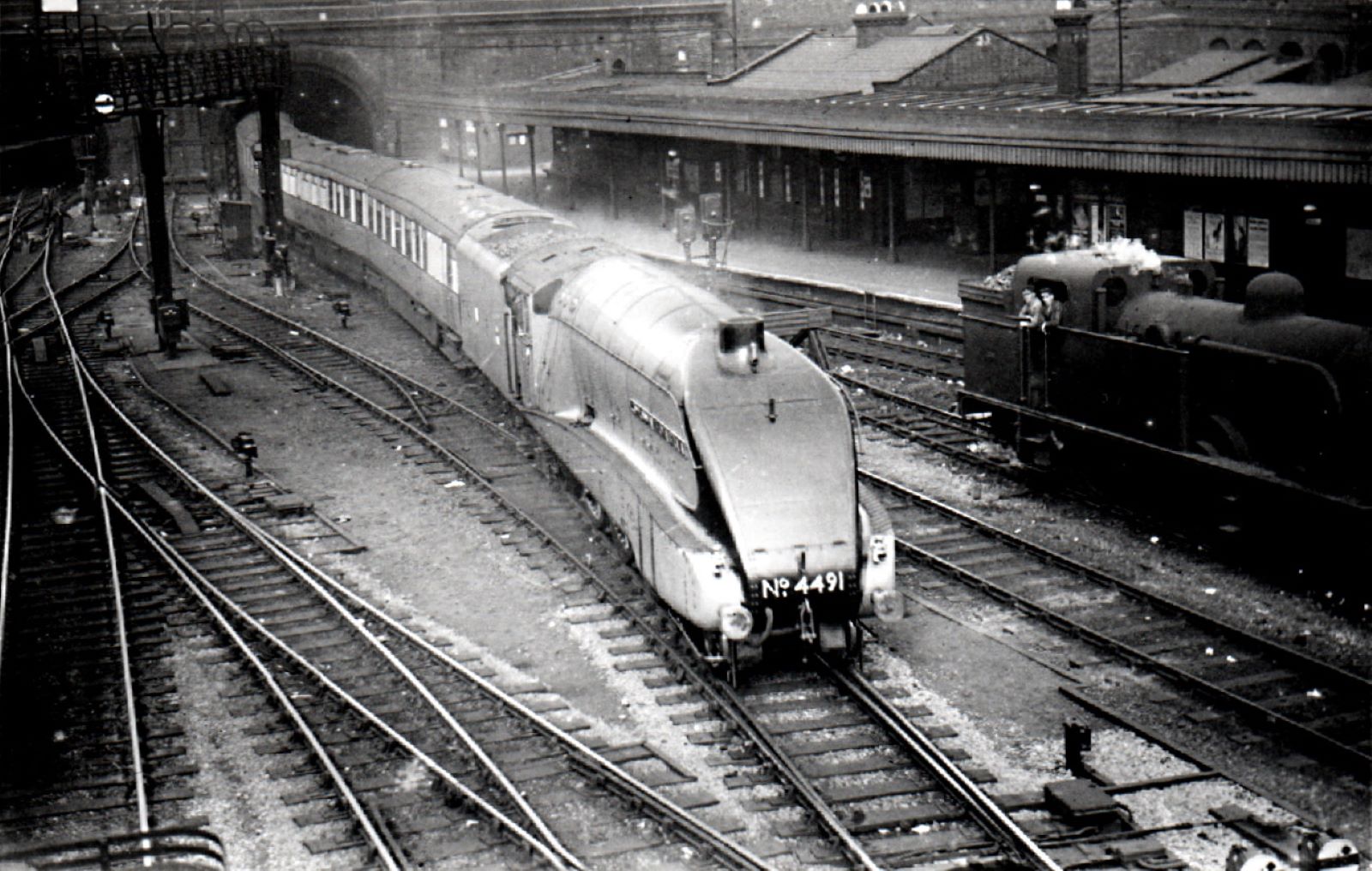 LNER Class A4 No.4491 ‘Commonwealth of Australia’. Courtesy of The Gresley Society Trust.

Dr David Turner, a railway historian with the University of York, said: “The eastern bore of the King's Cross Gasworks Tunnel was originally opened in the late-19th century to improve the capacity of the approaches to King’s Cross Station. Over the years everything from suburban services ferrying people between home and work, to elite trains taking people away for leisure has passed through its portals. The late-1970s saw the tunnel mothballed as tracks were rationalised at King’s Cross. The preservation of the tunnel has ensured that this piece of Victorian railway engineering could be brought back into use, to improve the services of the railway, a purpose its original engineers would have recognised.”

Train drivers have been in training to learn the new layout ahead of the first passenger services. LNER Driver Melvyn Lake was a teenage driver’s assistant, or ‘Secondman’ as his grade was called when the tunnel closed in the late 1970s. He said: “It has been fantastic to experience the transformation first-hand. Before it closed more than 40 years ago, I remember heading through the tunnel while working as a 17-year-old Secondman, and only inbound services used it then. I didn’t imagine then that decades later it would reopen and that I would be driving customers through it.”

Work has been taking place around-the-clock to transform journeys in and out of one of the country’s busiest railway stations by simplifying and enhancing track layout, as well renewing infrastructure to improve reliability and increase capacity.

Customers are asked to check before they travel. LNER is operating a temporary timetable until early June, when the engineering work at King’s Cross is due to be completed. The latest information can be found at lner.co.uk or eastcoastupgrade.co.uk.