We experienced severe disruption to our trains yesterday. Tickets dated Monday 27 June are valid for travel between 28 June to 1 July. Visit our Travel Alerts page for information on refunds. 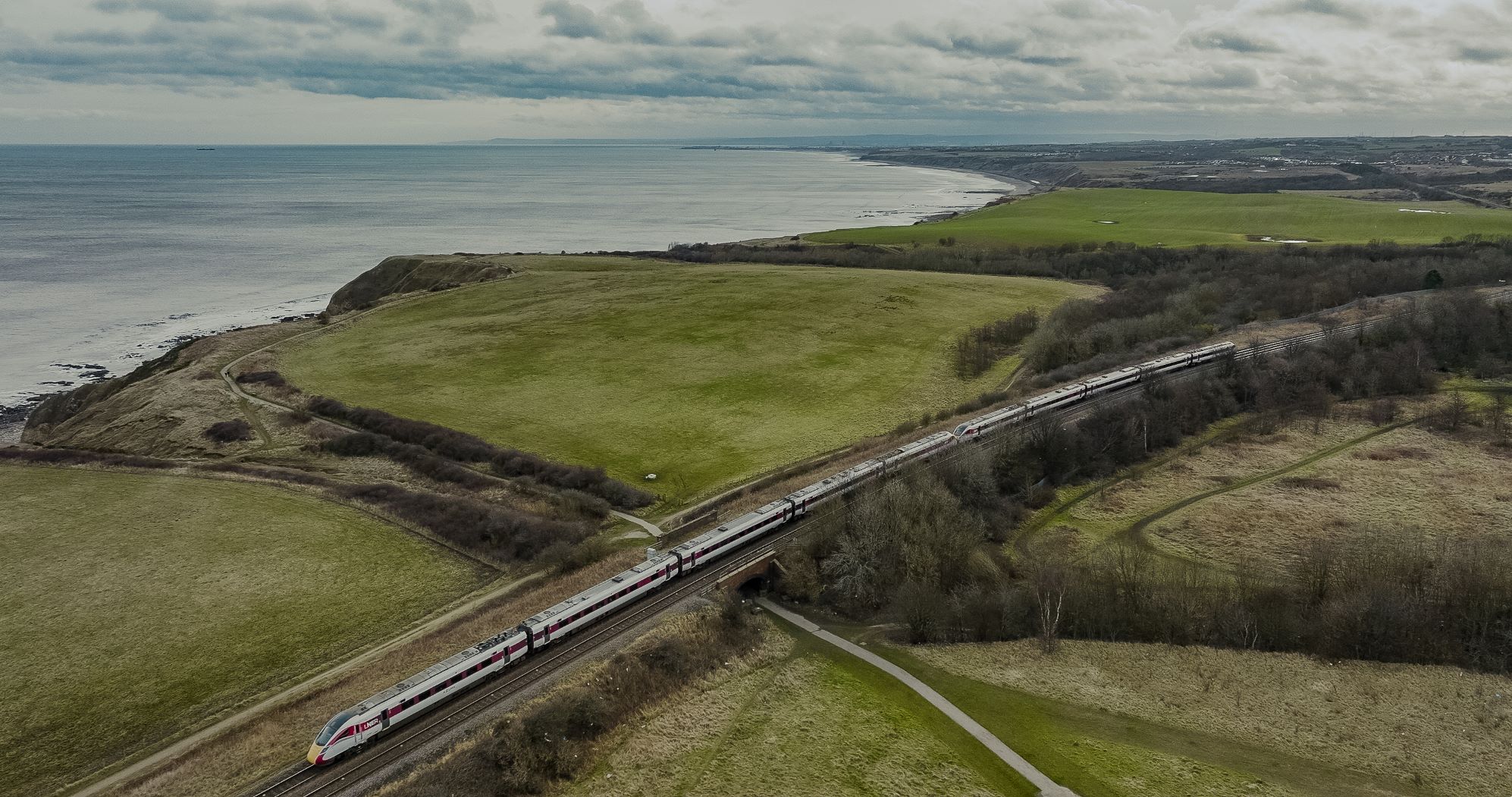 The short video is the latest in the award-winning LNER series ‘In the Driver’s Seat’, which takes viewers on virtual journeys along the East Coast route, with a selection of drivers sharing their own experiences and pointing out places of interest and the landmarks and destinations they pass.  The series covers LNER’s 956-mile route and has been widely shared on LNER’s social channels, attracting more than 650,000 views, with audiences enjoying journeys including London to Yorkshire and Newcastle to Edinburgh.

What makes this episode even more special is that it features a temporary diversionary route not often seen by LNER customers to allow for weekend engineering works along the usual route. For three weekends earlier this year, LNER services between York and Newcastle were diverted along the striking Durham coastline.

LNER Driver Dylan Leonard has taken viewers on a southbound journey from Tyneside through his native North East, with Sunderland, Seaham, Easington, Hartlepool and Yarm among the places featured. As well as virtual views from the cab, stunning drone images showcase the area.

Dylan Leonard said: “Middlesbrough is LNER’s latest destination and I’m one of the team of drivers working on our new weekday services to and from London King’s Cross but that’s where our route usually ends. The Durham coast diversions were particularly special for me as I have fond memories of this route. As a child, I visited family who lived near the railway line and watched the trains pass by. It isn’t often that we get the opportunity to take our customers along the Durham coastline to enjoy the views and it’s great we’ve captured them to share in this special short film.”

The latest video can be viewed alongside the existing routes already featured on LNER’s YouTube.

Minor delays on some routes - Check to see if your journey is affected.