LNER Recognises Those Who Have Served 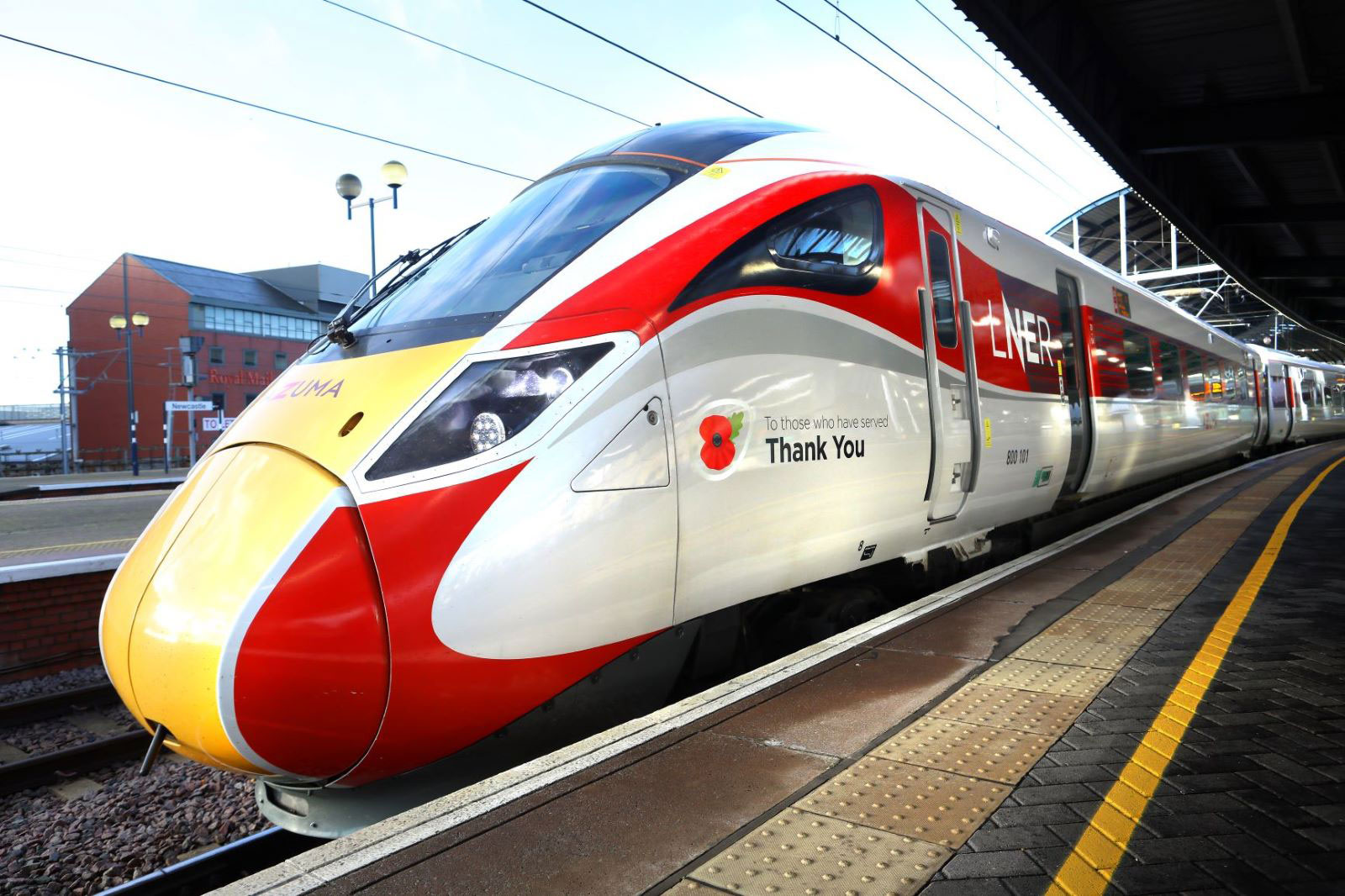 London North Eastern Railway (LNER) is proud to reveal a special Azuma train in recognition of all those who have served and who continue to serve ahead of Remembrance Day.

Azuma train (800 101) has been decorated with a dedicated poppy design alongside ‘To those who have served, Thank You’ text on either side of the front and back of the train.

The train can be seen along the East Coast route from Monday 2 November and will carry the special commemorative design throughout the rest of the month.

From Thursday 5 November 2020 the newly launched Veterans Railcard can be used by those who have served in Her Majesty’s Armed Forces to secure one third off most rail travel. 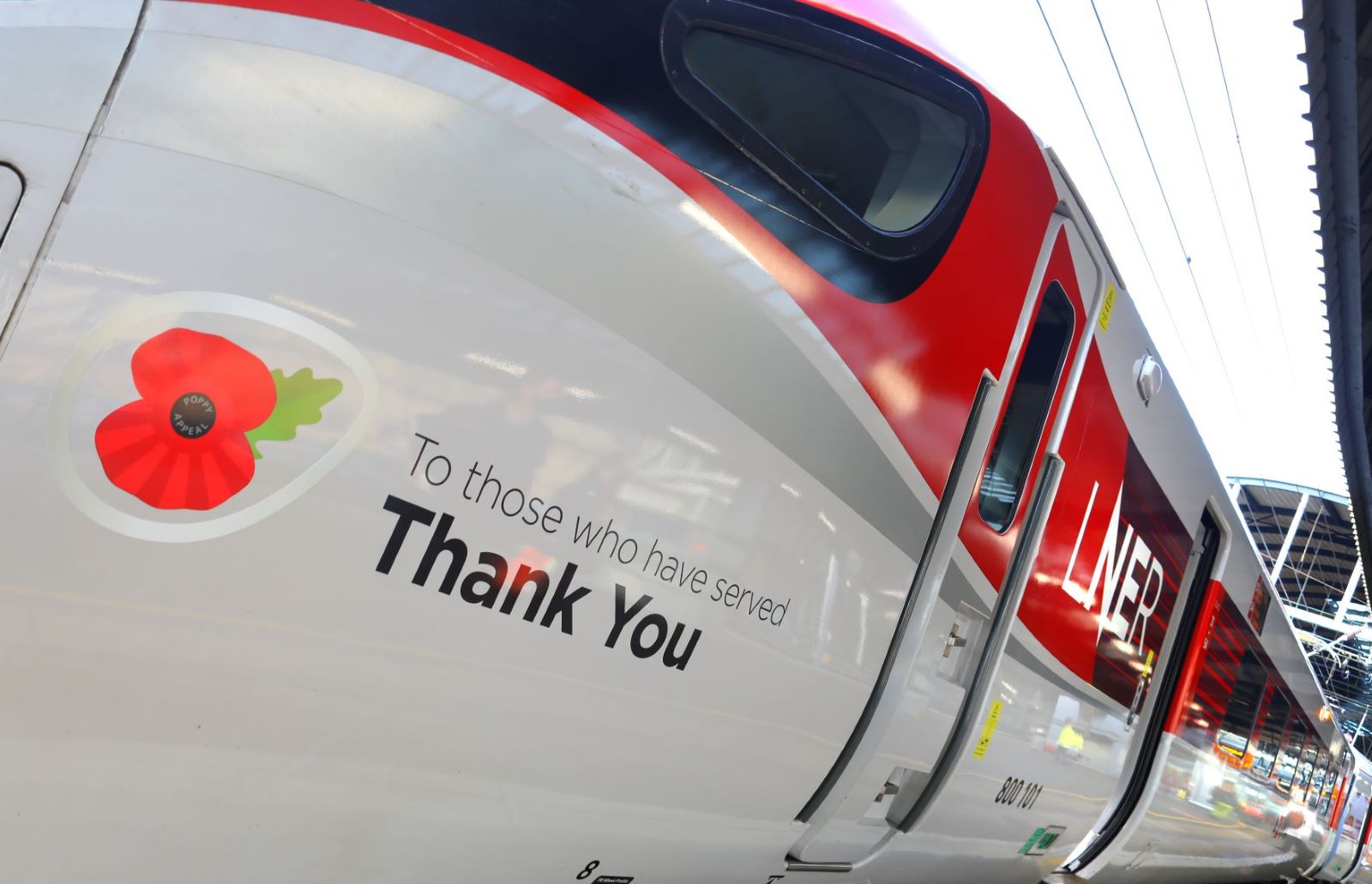 Amended timetable Check to see if your journey is affected.