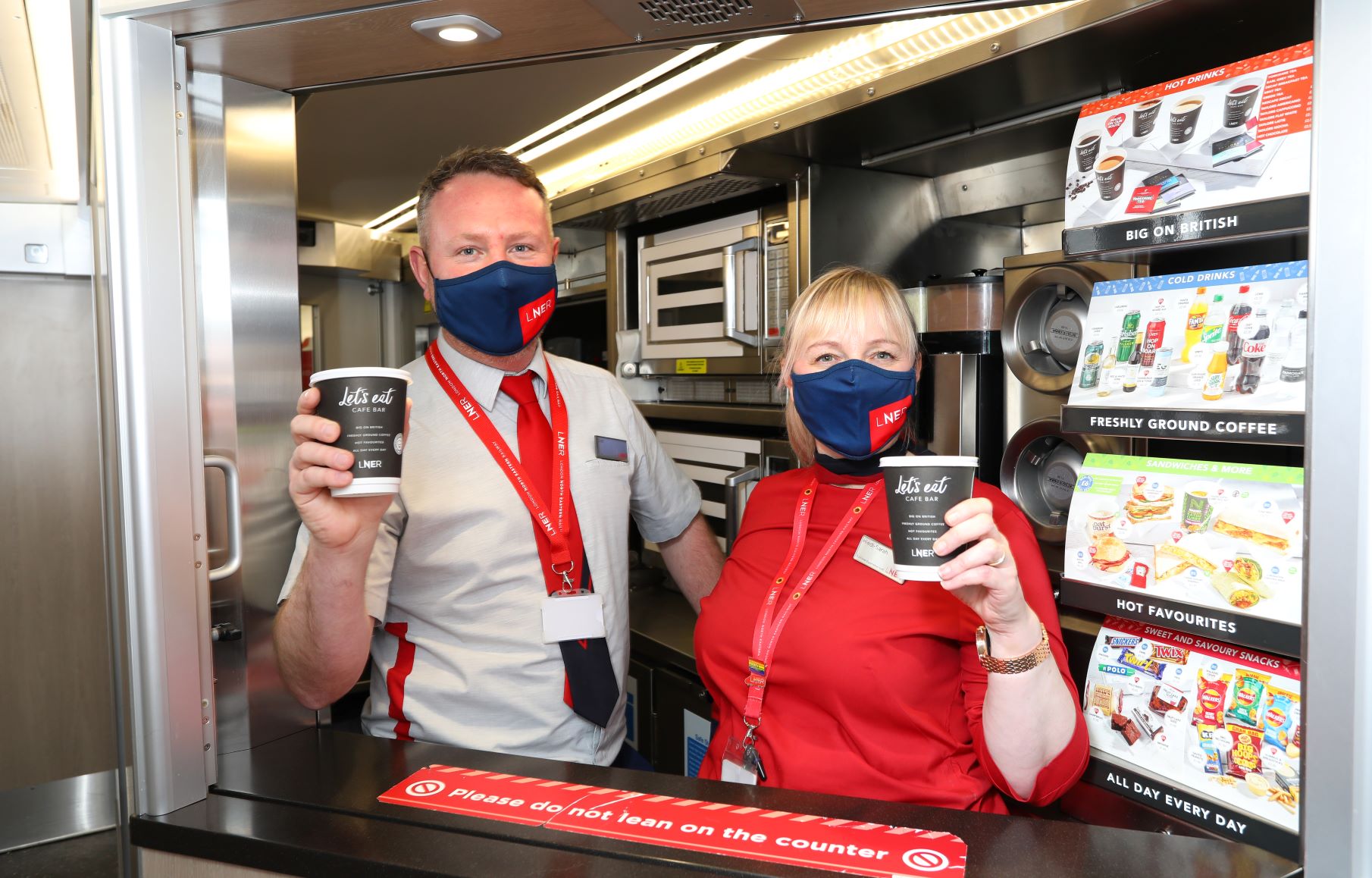 The third Monday in January is sometimes referred to as ‘the most difficult day of the year’. Samaritans is highlighting that there’s no such thing as ‘Blue Monday’ as people can feel a range of emotions any day of the year and it hopes ‘Brew Monday’, taking place on 17 January this year, will be a reminder for everyone to check in on friends, family or colleagues.

LNER, which connects towns, cities and communities along the 956-mile East Coast route, is proudly supporting the campaign that inspires people to connect with each other, by raising awareness and donating to Samaritans the proceeds of all tea and coffee sales from its onboard cafe bars and ‘Let’s Eat At Your Seat’ service.

Claire Ansley, Customer Experience Director at LNER, said: “We’re proud to be supporting the ‘Brew Monday’ campaign and message which encourages us all to recognise the power of human connection. Starting a conversation with someone may make a huge difference to them, and, in some cases may save a life.  We’ll be donating to Samaritans the money made from sales of tea and coffee in Standard across all our services throughout the day on 17 January 2022, and our people will be holding virtual Brew Events to check in on others.”

Volunteers from Samaritans will be out at railway stations talking to people about the importance of reaching out and talking, and the ‘Brew Monday’ message will also be shared through digital station screens. The charity has found that although winter is thought to be one of the harder seasons, its volunteers hear similar concerns all year round from people. The main concerns include mental health and illness (46 per cent), family (34 per cent) and loneliness (28 per cent)*.

Julie Bentley, Samaritans’ CEO said: “We’re so grateful to the rail industry for their support of Brew Monday again this year. Throughout the various lockdowns and restrictions, the pandemic has shown us that staying connected with others has been a vital part of getting people through difficult times. We know the impact talking and listening can have, and a cup of tea and a chat won’t solve everything, but it can be a start. You don’t have to have all the answers or solutions, you just need to listen and start a conversation which could just be the support that someone needs.”

Further information can be found at samaritans.org/brewmonday or join the conversation on social media using #BrewMonday.