IT’S OFFICIAL: THE GREAT BRITISH DAY TRIP IS BACK, AS ALMOST NINE IN TEN BRITS ARE PLANNING AT LEAST ONE THIS SUMMER, ACCORDING TO NEW RESEARCH 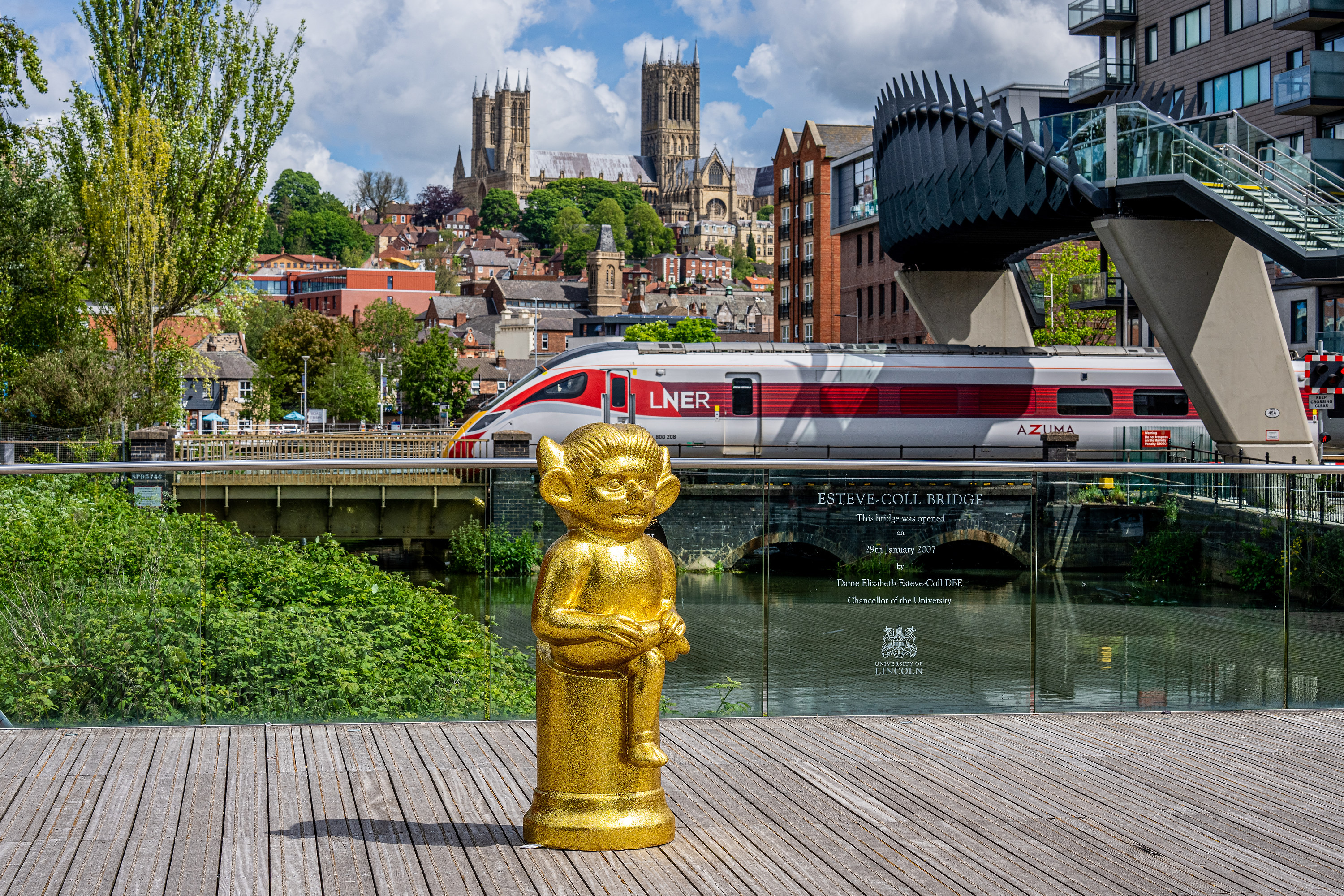 A new nationwide survey has found that 87 per cent of us are planning an old-fashioned day trip this summer, with almost half (47 per cent) admitting we are desperate to get out to explore the UK again.

Of 2,000 Britons polled for London North Eastern Railway (LNER), 77 per cent said they felt nostalgic for the day trips of their youth, with the excitement of getting up early to make the most of the day, enjoying ice creams on the beach, and spending time in the souvenir shop deciding what to take home with them among the highlights of the occasion.

In fact, 71 per cent of us are now willing to consider travelling further afield for a day trip than we had been in the past, in order to make the most of a day out seeing the sights.

The findings come as LNER launches a day trip experience to inspire travel-hungry Brits to discover Lincoln, one of the hidden gems along the East Coast route.

Tickets are now on sale for the special event, in partnership with Visit Lincoln, on Saturday 3 July. Customers taking the day trip will travel on the 08:06 LNER service from London King’s Cross arriving in the heart of Lincoln in less than two hours. They can return on an LNER service of their choice later in the day.

As well as experiencing the comfort and speed of LNER’s new Azuma trains, customers will get the chance to explore Lincoln’s history and culture with its Cathedral and neighbouring Castle among the jewels in the crown.

The Lincoln Experience will also promote the area’s local producers and attractions and it coincides with launch of the renowned Lincoln Imp Trail, which takes visitors on a tour to find a series of imp statues on display. Imps have become a legendary symbol for Lincoln with the mythical creatures found in many places across the city, including the stonework of the Cathedral.

Data from LNER shows a rise in journey searches in recent weeks following the reopening of attractions, restaurants and hotels. Saturday is the most popular day for people looking to take same-day return journeys, with figures mostly double the day return search rate during the week.

City destinations remain the firm favourites. David Horne, LNER Managing Director said: “ According to this research, 70 per cent of people agree that there is a vast amount to do and see in the UK, and nine in 10 people said they would feel confident booking a day trip this summer.

“The LNER route offers so many destinations so we’re delighted to see people are looking further afield and are becoming more adventurous when it comes to days out.

“Of those who would be willing to travel further now than in the past, more than a third said it was down to better transport such as faster trains, while 54 per cent are keen to get out and travel to new places after being homebound for so long. We can offer both, with fantastic destinations from London to Scotland, as well as faster, more comfortable Azuma trains to get there.”

Cities such as Lincoln are where tourism is an integral part of the economy, worth £216m to the city and supporting thousands of jobs across the region. Charlotte Goy, Chief Executive at Visit Lincoln said: “Lincoln is the ideal city break destination, for a day trip or short break. It’s one of England’s finest heritage cities.

“The railway station is in the heart of the city, and as you step off the train you’ll be delighted by what’s on offer and in awe at how Lincoln has grown and changed.

“We’re delighted to be working with LNER and look forward to welcoming people back to Lincoln safely and responsibly for day trips as well as business and leisure.”

The study for LNER also explored the best things about day trips, according to Brits, with eating fish and chips on the beach (35 per cent), trying local foodie specialties (18 per cent), and being able to take a train rather than drive (14 per cent) all on the list.

Twenty-three per cent of us love a day trip that involves paddling in the sea, 17 per cent enjoy the research that comes before the trip itself, and 12 per cent say one of the best things about a day trip are the travel snacks. Rain or shine, the UK is where we are set to stay this summer, according to the poll, with a whopping 83 per cent of those polled saying it was likely they’d be staying in the UK this year, swapping overseas travel for day trips and staycations.

According to the study, 60 per cent of Brits said they were most looking forward to going on a day trip with their partner this summer, while 42 per cent are keen to take their kids out for a day of fun - and 19 per cent want to explore with their bestie.

Another 30 per cent of us would even consider going on a day trip by ourselves, to soak up the sights and sounds of our chosen location in peace.

More than half (56 per cent) of those said a solo day trip would give them a chance to have some well-earned ‘me time’, 22 per cent claim they love exploring the UK on their own, and a fifth (20 per cent) said they wouldn’t get lonely as it’s only for one day.

LNER currently has tickets on sale for journeys on the East Coast route as far ahead as September with great savings available when booking online at lner.co.uk or via the LNER App.