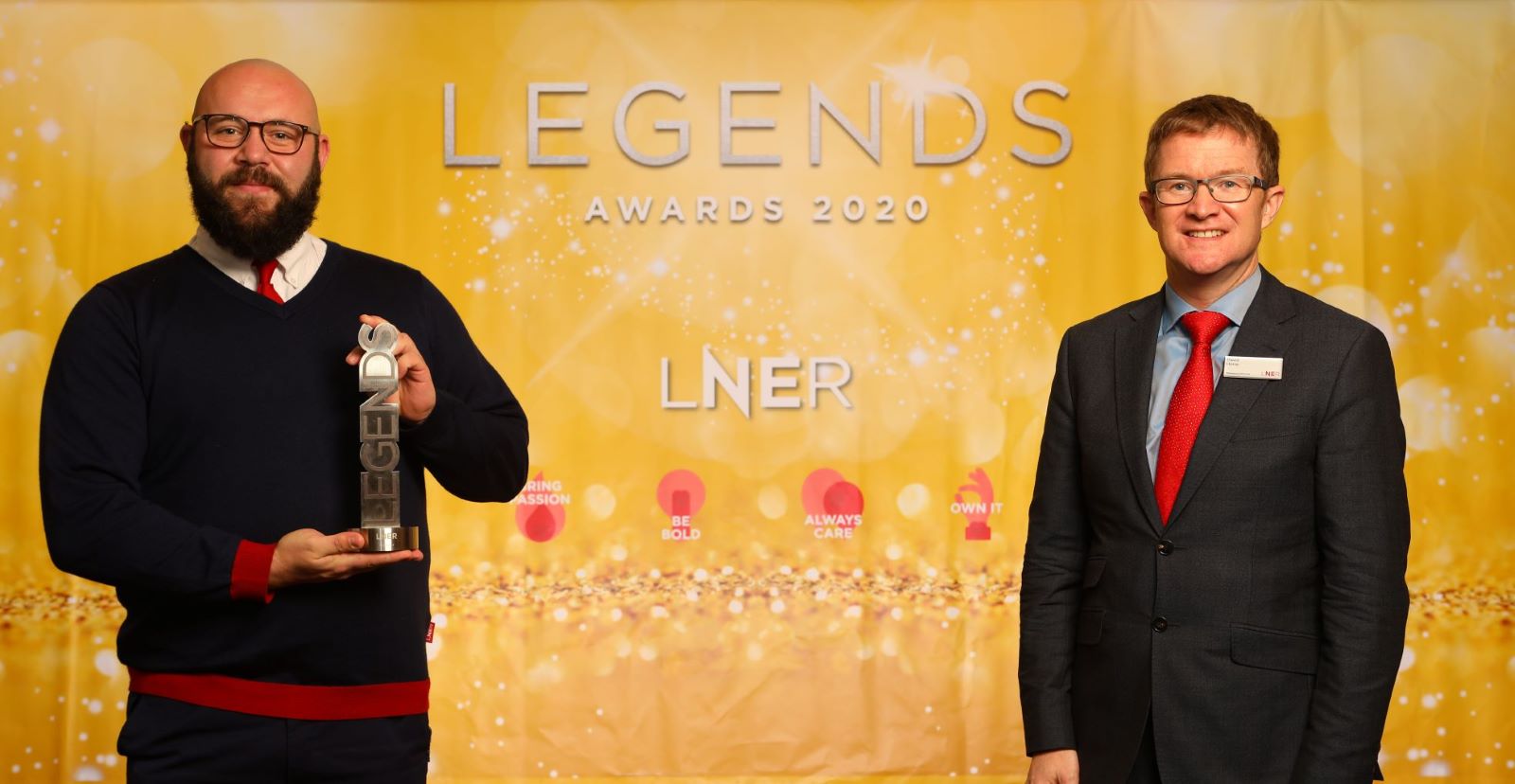 London North Eastern Railway (LNER) has recognised Scott Goodson, Duty Team Leader at Grantham Station, with a Lifesaver Award after he intervened to assist a distressed member of the public.

In August 2020, Scott was leading the Grantham Station team into the early evening shift when he observed a person moving towards the edge of the platform. Scott made his way to the area and attempted to engage them in conversation, realising straight away just how vulnerable they were.

Undeterred by the individual’s initial unresponsiveness, Scott continued to talk calmly and invited them to join him for a cup of tea. It was this gesture that successfully persuaded the individual away from the platform edge and into the safety of the station building.

Recognising that professional help was required, Scott contacted the local crisis team and established that the individual had been reported as ‘missing’. Scott then called the police, who arrived at Grantham Station and were able to coordinate additional longer-term support.

On investigating the incident further and reviewing CCTV the individual’s actions clearly showed there could have been an incredibly sad outcome. Scott had undoubtedly made a very timely and important intervention.

Looking back on the event, Scott, who has worked for LNER for two years, said: “A combination of experience, training and most importantly my instincts told me I needed to check on the person to see if they were okay. It’s frightening to think about what could have occurred if I hadn’t done such a simple thing as starting a conversation.”

Claire Ansley, Director of Customer Experience at LNER, said: “It is a sad fact that the railway is no stranger to the worst effects of mental ill health. LNER works closely with organisations such as Samaritans and our charity partner the Campaign Against Living Miserably (CALM) which works to prevent suicide, to raise awareness of mental health and to deliver training to our  teams about how to manage situations such as the one encountered by Scott.

“Thankfully on this occasion, Scott’s awareness and composure meant he was able to save a life and we felt it was important to recognise his actions with this Lifesaver Award. His experience is a brilliant example of how we must all look after ourselves but also those around us.”

For more information about how LNER work to support CALM, please visit https://www.lner.co.uk/about-us/the-calm-zone/