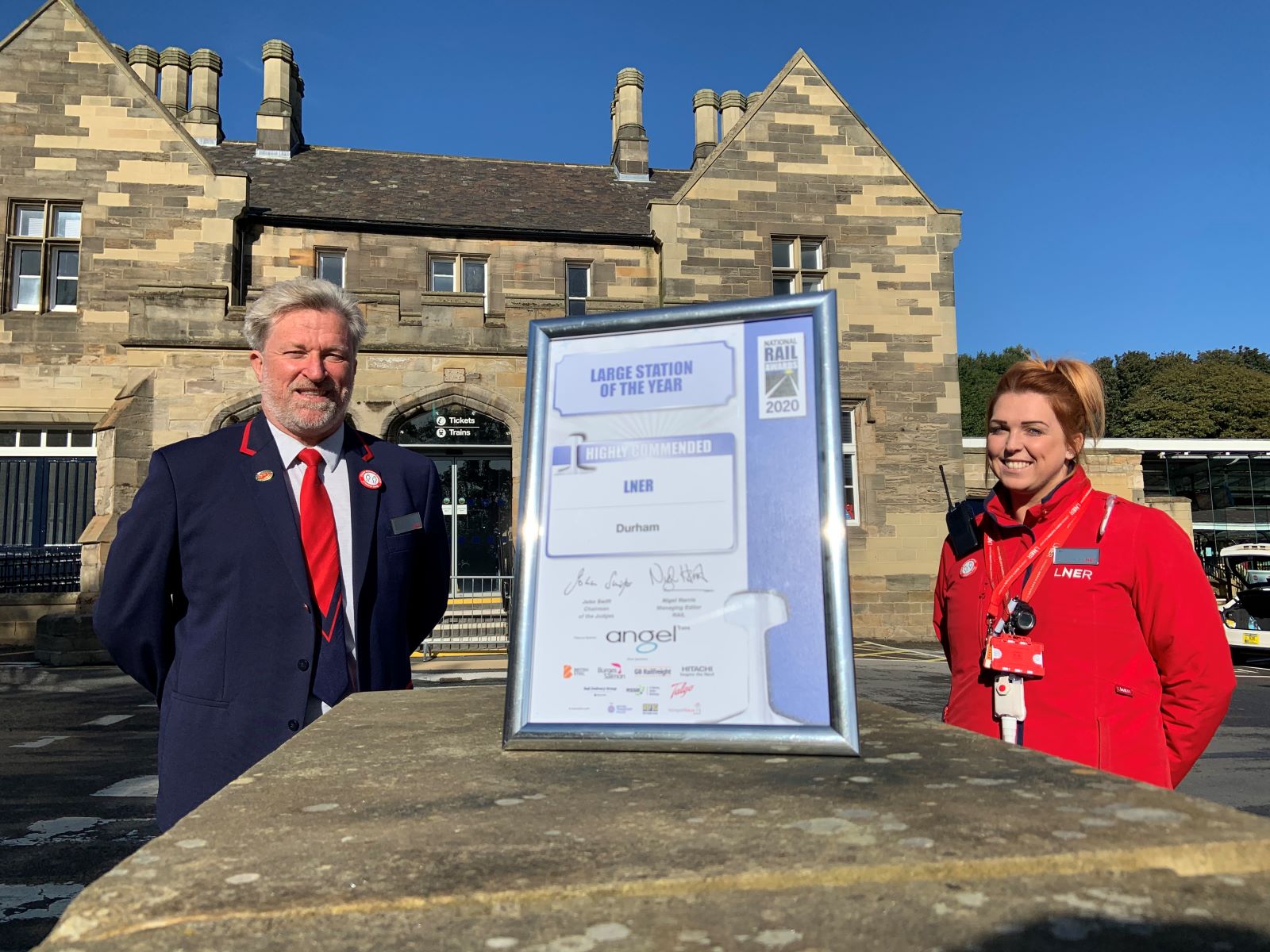 London North Eastern Railway (LNER) is proud to reveal Durham Station has been recognised as ‘Highly Commended’ Large Station of the Year at the prestigious National Rail Awards 2020.

It is the second consecutive year Durham has been recognised at the awards hosted by Broadcaster, Huw Edwards.

LNER Managing Director, David Horne, said: “I am thrilled to see Durham station recognised in this year’s National Rail Awards. We are proud of the commitment shown by our station team at Durham, providing world-class service to customers using visiting the station.”

Award judges praised the facilities within the station building, which dates from 1857. They recognised the modern Travel Centre, recently refurbished northbound waiting room and platform floral displays, which are “in keeping with its historic surroundings.”

Durham station is managed by LNER, which connects the city with its new modern fleet of Azuma trains serving destinations along the East Coast route between Scotland and London.

The views when arriving into the city by train are among some of the most breath-taking along the route; from the World Heritage Site of Durham Cathedral and Castle and surrounding countryside to the station itself with many of the original features still maintained to this day.

LNER’s state of the art Azuma trains, built in County Durham are now a familiar sight in the station and crossing the iconic viaduct since being introduced last year.