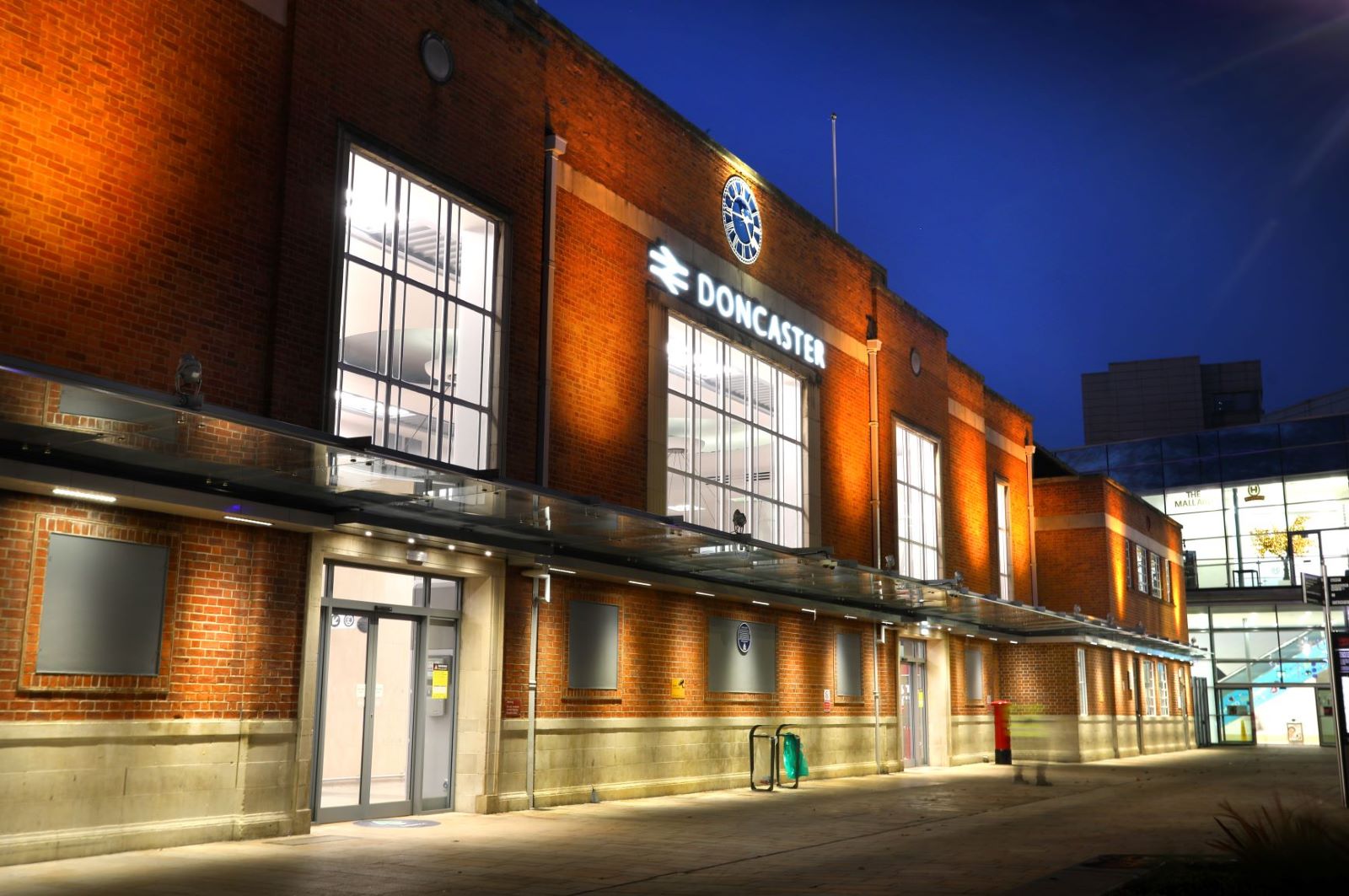 London North Eastern Railway (LNER) is celebrating the completion of work at Doncaster Station, which has seen the building transformed for the benefit of customers and the community, making a real statement in the regeneration of the town.

The station has been given an impactful and brighter entrance, with feature lighting that is more sustainable and in keeping with the station’s heritage, created within the ceiling domes of the main concourse. Lights on either side of the concourse have also been restored, adding to the new light and fresh feel of the station.

With Doncaster Station classified as a Grade Two listed building dating from 1938 and the art deco period, the enhancement project has been meticulously planned to respect the building’s legacy, with the Railway Heritage Trust providing invaluable support throughout. 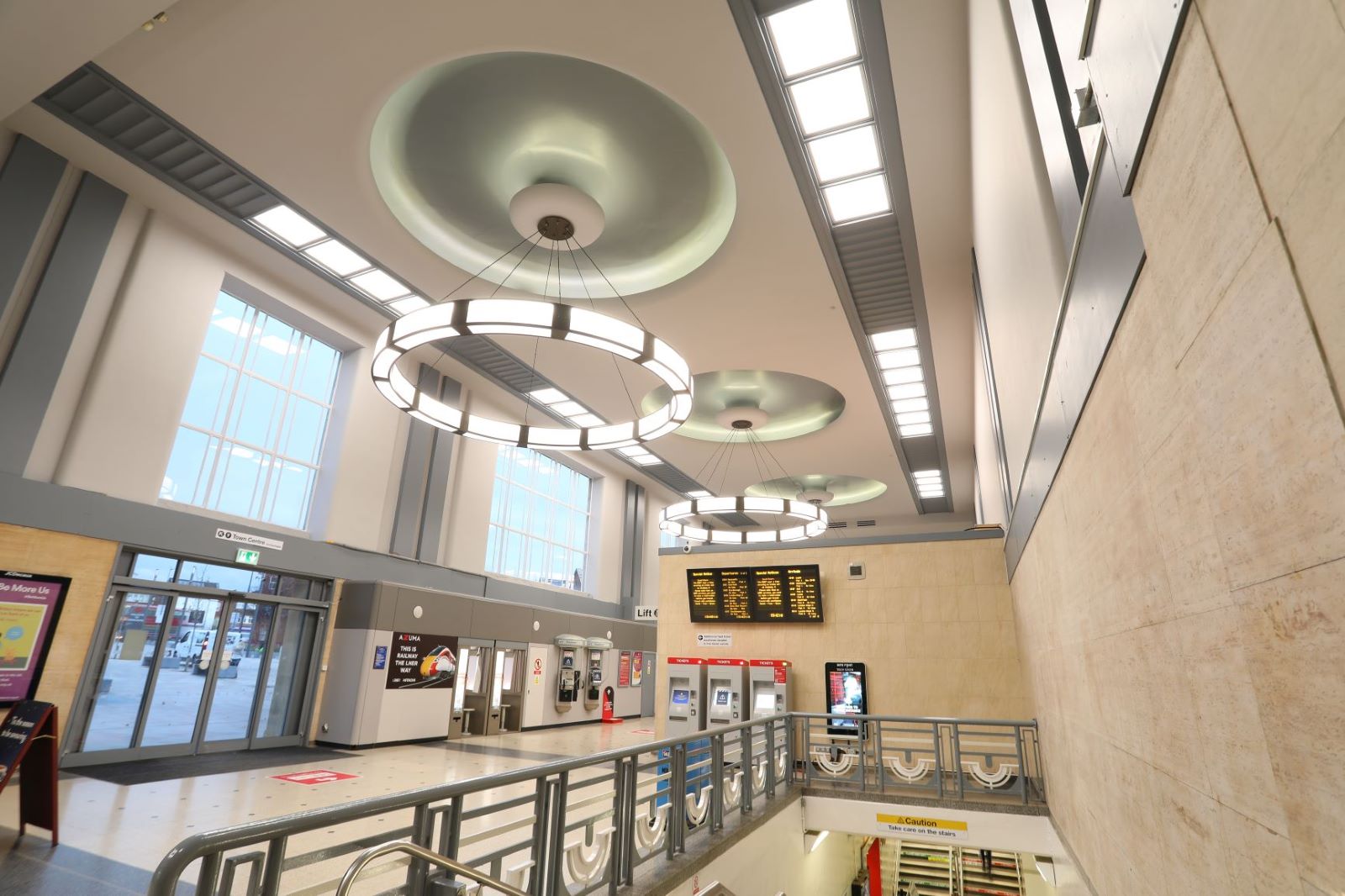 Externally, the former 1970s canopy has been replaced with a sleek glazed canopy, running across the front of the station to West Street car park. LNER, which manages the station, has invested £1.1 million into the improvement project.

Claire Ansley, LNER Customer Experience Director, said: “Doncaster Station has played an important role in the region for decades and we value its rich history. That is why we have been extremely careful in making these improvements to ensure they enhance the customer experience whilst being respectful of the building’s heritage and architectural qualities.

“The transformation, specifically to the entrance concourse, is striking and we’re delighted to have received a positive reaction from all parts of the community who use the station.“

The project is just one part of a series of improvements at the station, with the stairs and subway next to be refurbished.