Boost along the East Coast as extra Azuma services begin 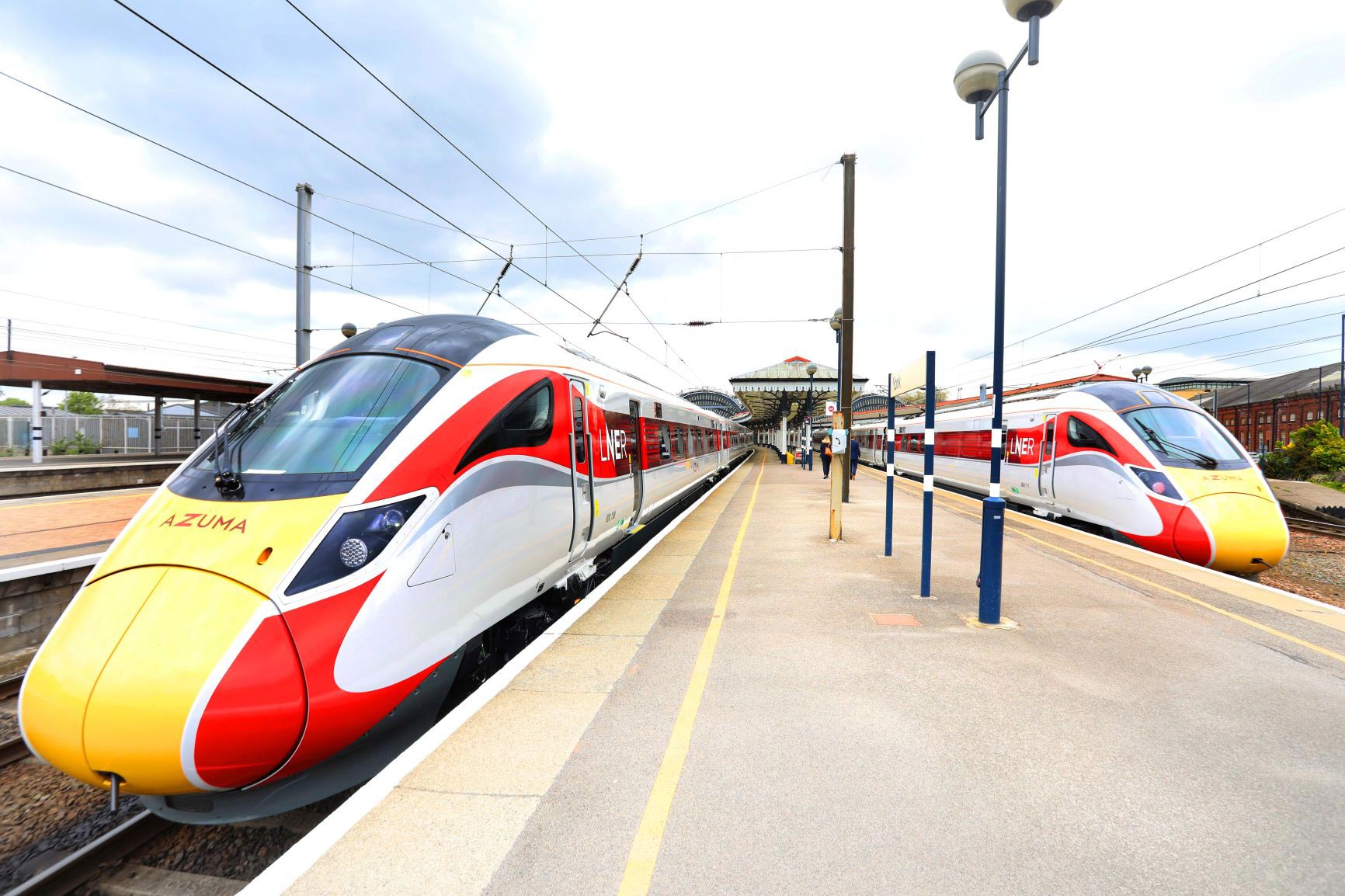 The extra services come as a result of the increased size of LNER’s new Azuma fleet, which has been revolutionising the customer experience since the first train was introduced in May this year.

LNER Managing Director David Horne described the new services as good news for many people, business and communities along the route who have been asking for better connectivity.

“We set out to transform rail travel with our new Azuma trains and I’m delighted that LNER is able to do exactly that as a result of these new services for locations along our route,” he said.

“It has been a privilege to hear directly from customers, businesses and organisations along our route about what these new services will mean for their region. The new timetable opens up huge economic benefits and makes it easier for tourists and business travellers to explore amazing destinations from London to the northern parts of Scotland.”

The locations benefitting from new services include Edinburgh, Harrogate and Lincoln. Edinburgh will see two extra services in both directions on weekdays.

Harrogate is receiving five additional direct services to and from London King’s Cross every day of the week.
Following the introduction of Azuma between Lincoln and London in October, the city will see further improvements as a result of an extra service in each direction Monday to Saturday and the introduction of five new services on a Sunday.

The increased connectivity will make it easier for people to choose the train when travelling, delivering significant environmental benefits. The bi-mode Azuma fleet runs using overhead electric wires along the majority of the East Coast route but switches to operate under diesel power where necessary.

Further improvements to LNER’s timetable will be made in due course with a full Azuma timetable implemented in 2021, once the roll out of the new fleet and infrastructure upgrades are complete.

Worrying statistics revealed by train operator London North Eastern Railway (LNER) have identified that a quarter of 12-17 years old (25 per cent) admitted to knowing somebody who had trespassed onto railway tracks. This research follows data released by Network Rail that showed a significant increase in incidents over the past year, with some routes reporting up to a 138 per cent spike.

London North Eastern Railway (LNER) nameplates from the retired InterCity 125 fleet have raised more than £12,000 for charity as enthusiasts bid for their own piece of East Coast history in an online auction.

Minor delays on some routes - Check to see if your journey is affected.