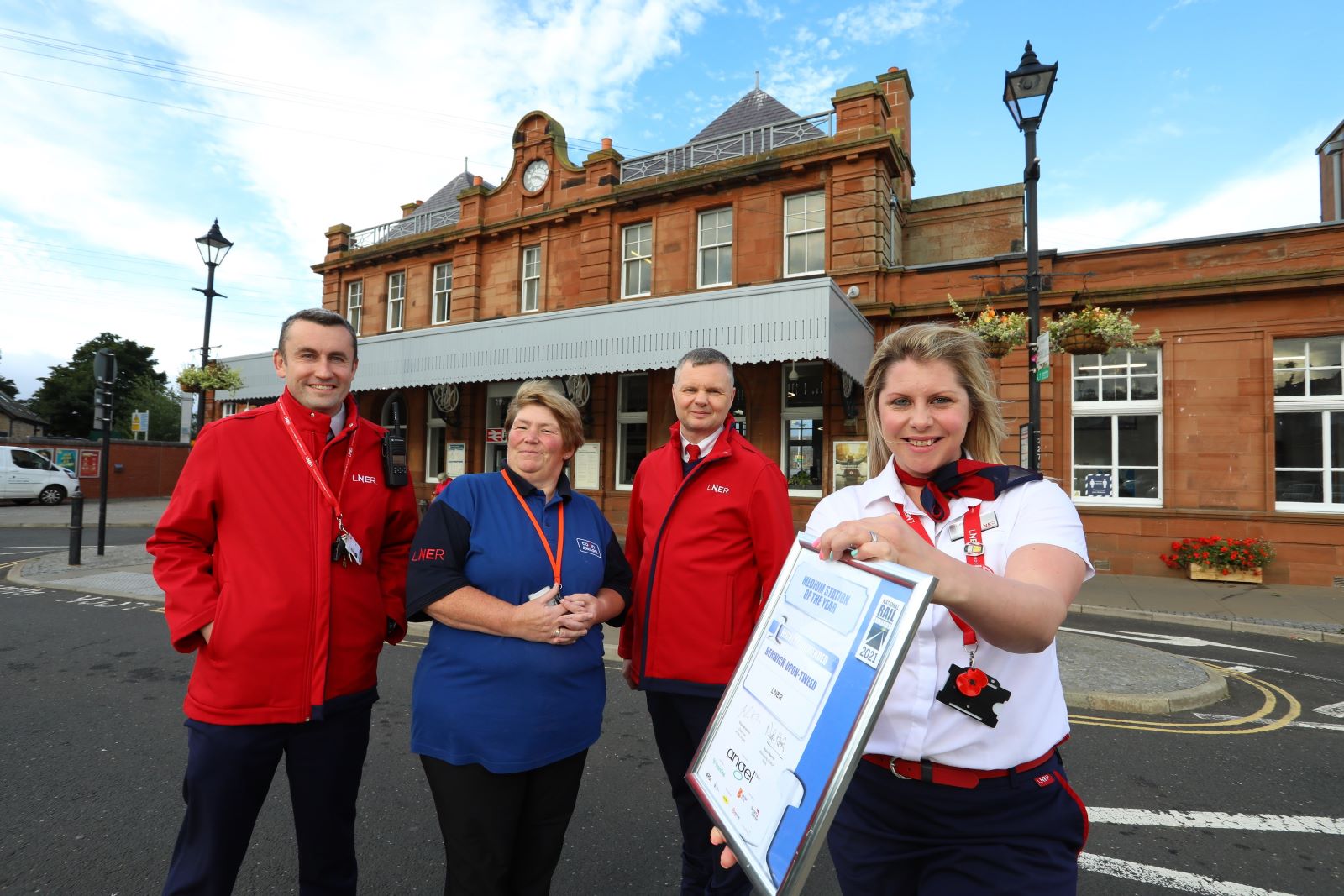 London North Eastern Railway (LNER) is delighted to announce that Berwick-upon-Tweed station has been Highly Commended in the Station of the Year (Medium) category at this year’s National Rail Awards 2021. The Awards recognise and celebrate excellence across the railway.

Berwick-upon-Tweed is the most northerly railway station in England, located a short distance south of the Scottish Border. It has fantastic views over the harbour and the North Sea. Passengers can experience panoramic views of the River Tweed and town centre when trains travel across the iconic Royal Border Bridge immediately south of the station.

Earlier this year, the iconic station, located in the former Great Hall of Berwick Castle, had been awarded the Arch Company Award for Urban Heritage at the National Railway Heritage Awards. Recent renovations, including the refurbishment of the entrance canopy and station clock, were praised for taking into consideration both the importance of the station building and the historic site its located in.

David Horne, Managing Director at LNER, said: “It is fantastic that once again Berwick-upon-Tweed has been recognised for its exceptional work. It has been a difficult year for everyone, and I am proud of how LNER has continued to provide the excellent service it is known for. It is brilliant that this work has been recognised at these awards.”

Berwick Upon Tweed station is managed by LNER and connects with destinations along the East Coast route between Scotland and London King’s Cross.