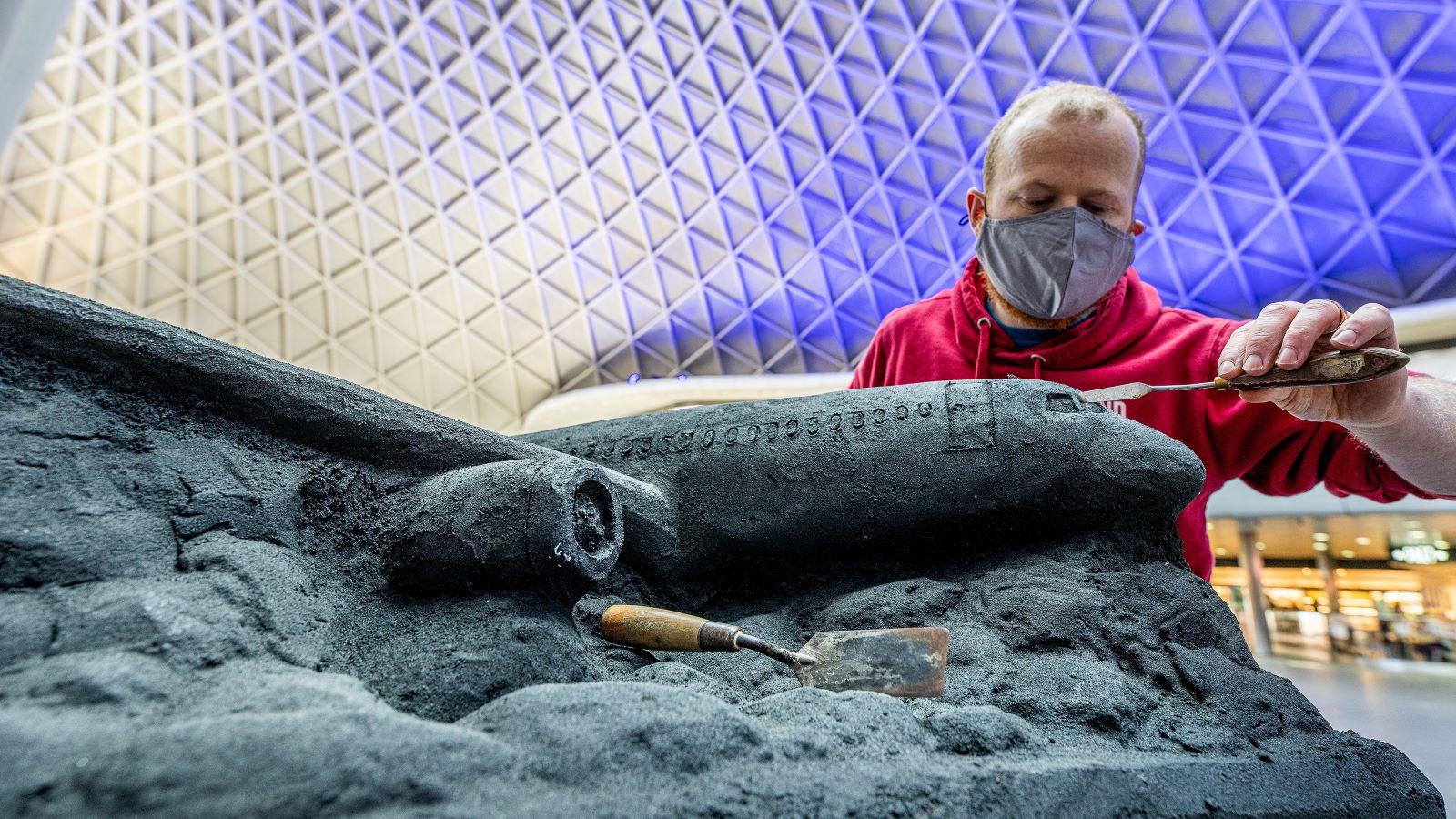 London North Eastern Railway (LNER) has released new research that reveals that we will travel 4,039 miles over the next year reuniting with family and friends and visiting holiday hotspots across the country – the equivalent of travelling the length of the entire UK 6.7 times.

After a year of lockdown, the average person is tipped to travel 1,297 miles by car, 1,471 miles by train and 1,271 miles by plane for leisure and in pursuit of the perfect staycation.

And all this travel adds up, with the average Brit set to contribute 949kgs of carbon through domestic travel – with 58% coming solely from domestic flights, the equivalent to 554 kgs. A further 290 kgs of carbon comes via car and 105kgs via train.

However, with record numbers of people planning on staycationing due to the pandemic, over half (54%) say they want to opt for greener travel and 57% aim to swap at least one trip they would usually do by car to train instead in the future. And if over the next year, Brits substituted just half of their planned leisure car and plane journeys within the UK to train, they’d reduce their carbon emissions by a staggering 331kgs. 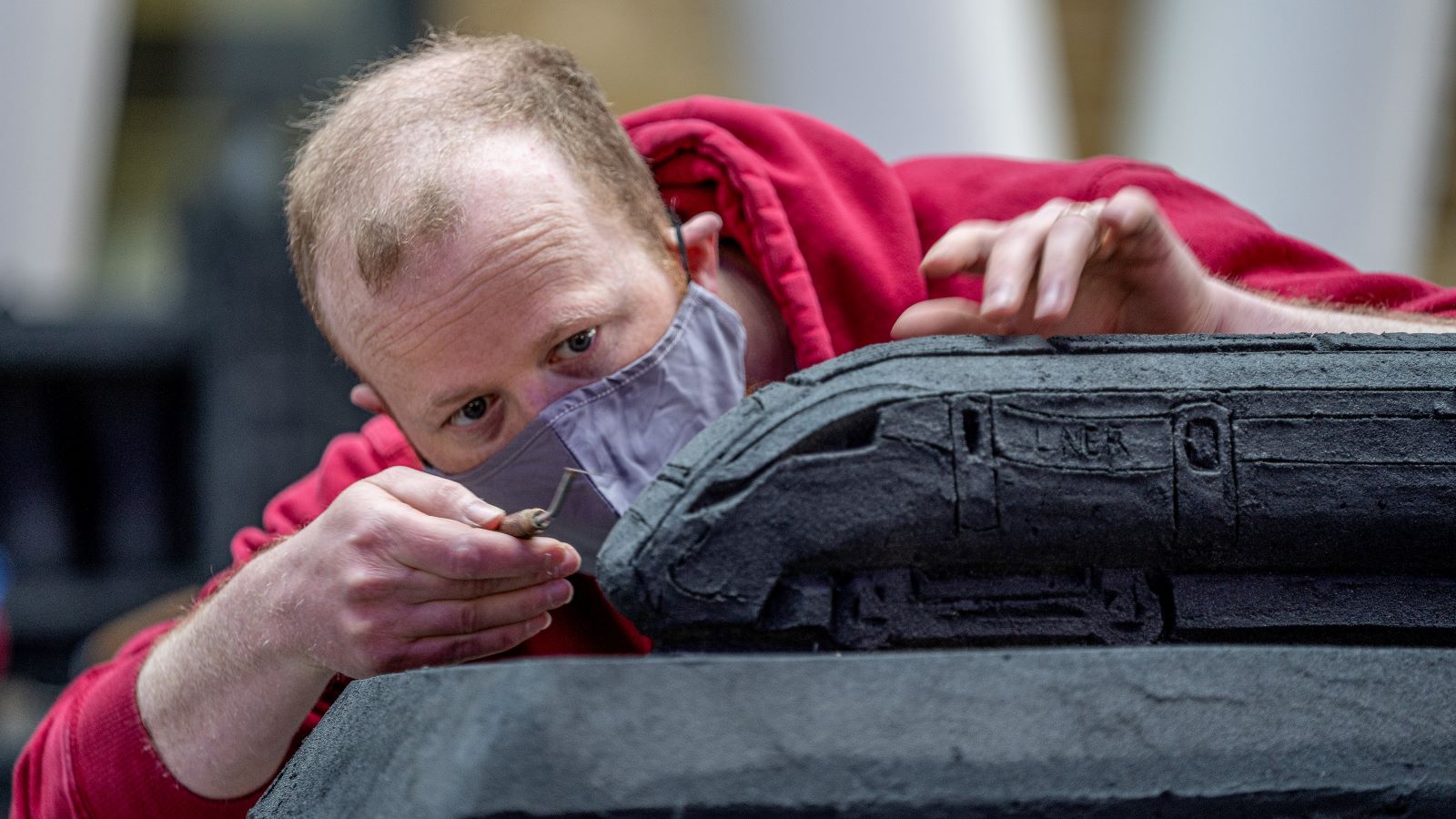 In response, LNER has launched a campaign to help people travel greener; including an innovative carbon calculator that allows consumers to easily calculate the amount of carbon for any journey, and a series of free downloadable tourist guides on how to stay green in some of the operators’ key destinations – London, Edinburgh and Newcastle.

The train operator has also worked with artist Jamie Wardley to create a series of sculptures made out of black sand, with the relative weights and sizes of each sculpture reflective of the carbon emissions dumped into the atmosphere when travelling between London and Edinburgh via different modes of transport including train, car and plane. Wardley spent over 100 hours creating the series to highlight the environmental credentials of train travel, which emits six times less emissions into the atmosphere than air travel.

The sculptures of a car, train and plane and key landmarks in some of LNER’s most visited destinations – London, Edinburgh and Newcastle aim to inspire and educate people on the huge impact that opting for greener modes of travel over the next year can have on the environment.

The research also found millennials were more likely to opt for more eco-friendly methods of transport, with almost three-quarters (72%) of 18–34-year-olds choosing to travel by train for their UK holidays this year, whilst over 50s would prefer to celebrate their new-found freedom travelling by car or plane (77%) rather than train for their much-earned break.

To help travellers make as little environmental impact as possible when stay-cationing as restrictions lift, the ‘Green Guide’ offers travellers eco-friendly choices, showcasing the best places to stay, eat and drink during trips to Edinburgh, Newcastle or London – revealing local hotspots and even some hidden gems. With contributions from LNER staff and passengers, Visit Edinburgh, Newcastle Gateshead and Visit London, the ‘Green Guide’ can be downloaded for free here www.lner.co.uk/greenguides

Meanwhile, in its stations at these three destinations, the sculptures created by Wardley will be on display to the public for a week, starting in London’s Kings Cross on 9th June 2021, and continuing to Newcastle Central on 11th June 2021 and Edinburgh Waverley on 12th June 2021.

David Horne, Managing Director of LNER, said “While the past year has been difficult, there’s been great movement in everybody taking time to consider their own impact on the environment and seeking ways to make a positive change.

"Adopting greener travel habits is something all of us can strive towards, and these sculptures are a fantastic visual representation of how the train is one of the most sustainable ways to travel, especially in relation to cars and planes.

"As normality resumes, travel increases and carbon emissions inevitably rise, we hope to inspire people across the nation to consider taking the train to reduce their carbon footprint, and collectively we can make a real difference. Our Green Guide also offers some fantastic tips to explore the sights key UK cities have to offer, the eco-friendly way.” 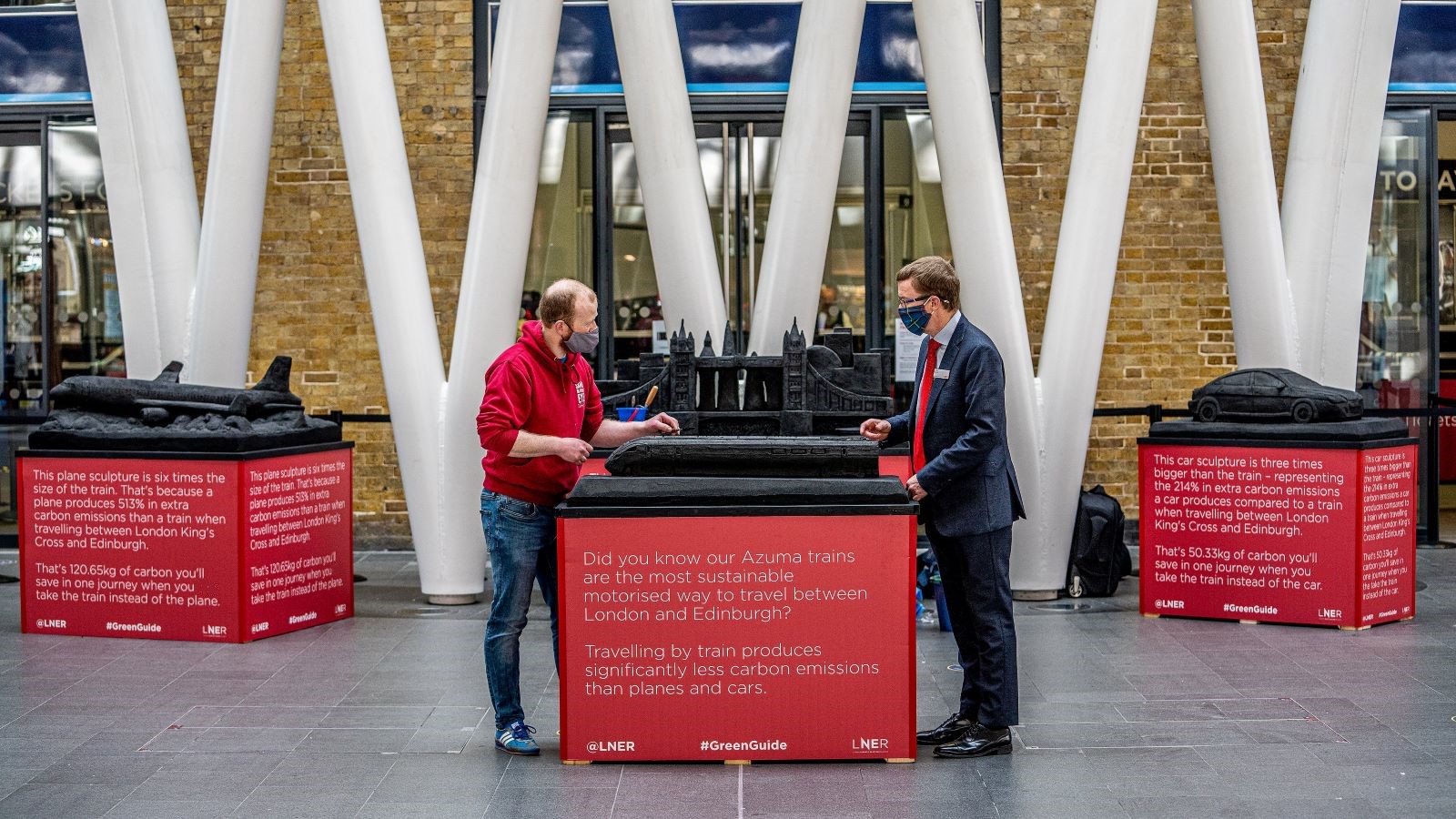