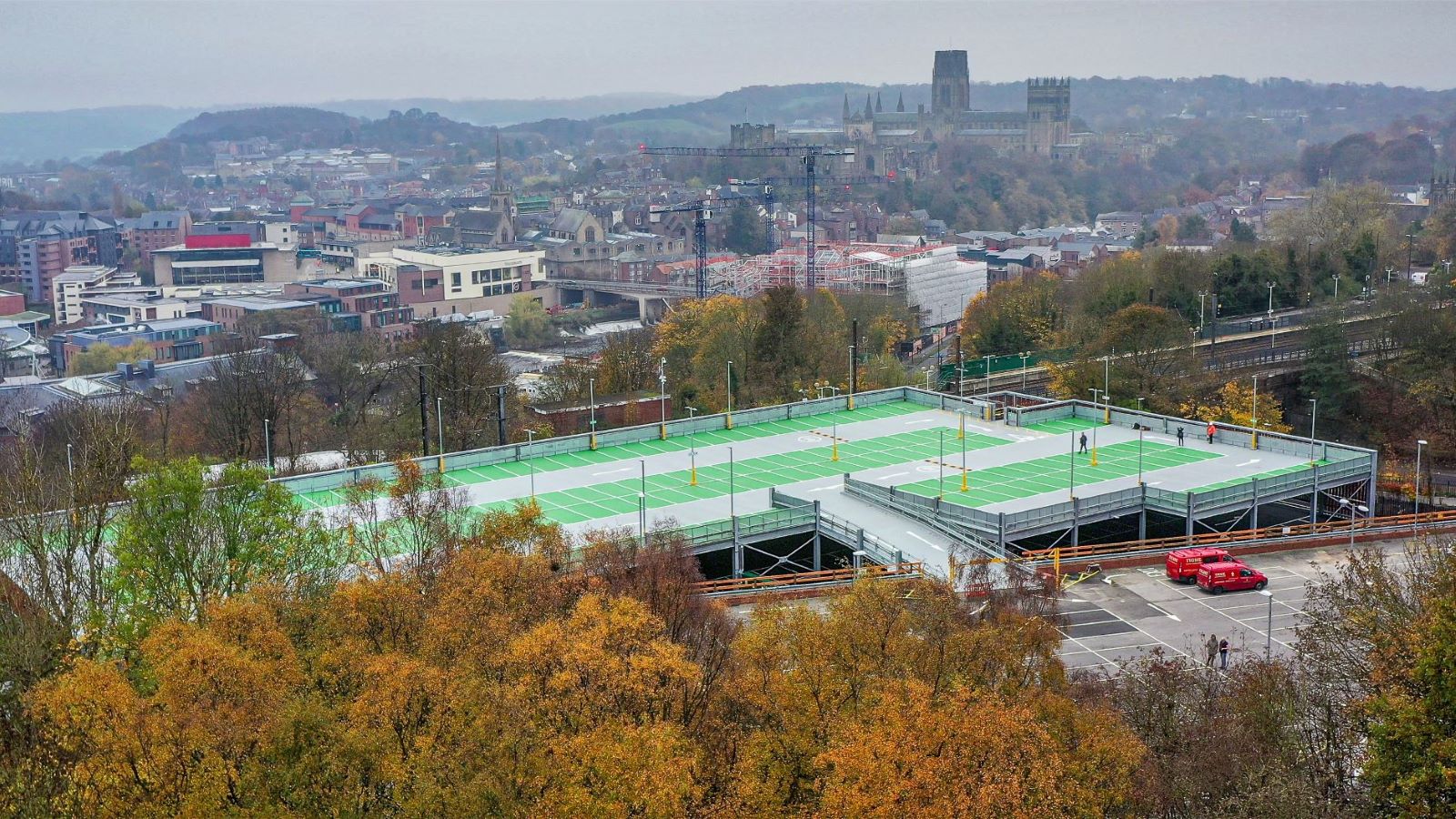 A total of 147 additional spaces have been created following the completion of a new two-level car park at the station, which is just a short walk from Durham’s historic city centre. It takes the total number of long-stay spaces for customers using the station to 435.

David Horne, Managing Director at LNER, said: “Durham is one of the key destinations on the LNER route and we are delighted to be able to enhance the experience for customers using the station. The additional spaces mean more than 50 per cent extra parking will be available, making it easier for people wishing to make journeys from Durham Station, whether it be for business or leisure.”

LNER, which manages the station, has invested £3.7 million in the project. The new car park has improved, energy-efficient LED lighting and full CCTV coverage.

David Horne added: “As the car park stands within a conservation area and within sight of the World Heritage Site of Durham Cathedral and Castle, great care has been taken with the aesthetic appearance of the structure. The upper deck of the car park has been fitted with aluminium beams that have been printed to give the appearance of Italian walnut timber to complement the backdrop of the woodland behind the station.”

It’s the latest in a series of improvements at the station, which dates from 1857 and has recently been recognised as ‘Highly Commended’ Large Station of the Year at this year’s prestigious National Rail Awards. Stonework has been restored and enhancements made to the subway connecting the station’s two platforms, including a new walkway and wall panels showcasing vibrant images of County Durham.

Cllr Simon Henig, Leader of Durham County Council, said: “The completion of LNER’s new two-storey car park at Durham Railway Station is very good news for County Durham. Providing additional long-stay spaces will boost parking capacity, while also enhancing facilities at the station for residents and visitors travelling across the region and beyond.

“Improving connectivity and transport infrastructure is a major part of our long-term regeneration plans for the county.”

Durham is also one of LNER’s managed car parks to benefit from a parking offer. Customers can currently park for £5 a day after 09.30 Monday to Friday, or for those having a long weekend, park anytime Friday to Monday for just £12.