Whether you're getting in touch with your patriotic side, coming to visit the Royal Family whilst on holiday or just wanting to take in some impressive views, you're never far away from something royal in London.

With the Queen's Platinum Jubilee coming up, what better time to take a trip to London to see the famous royal sights in London? 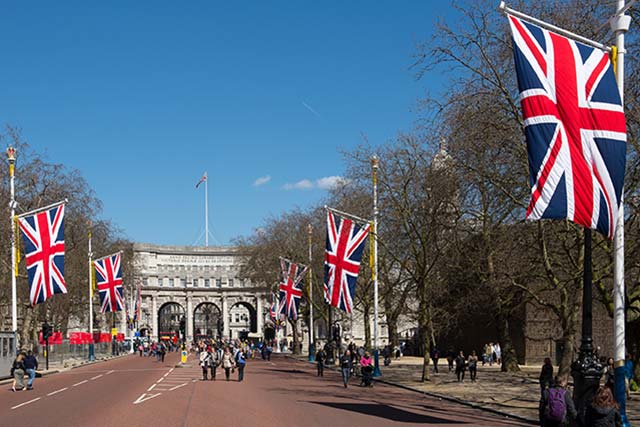 It’s not his wedding this time, but that’s no reason to not stop by the Prince of Wales’ official pad. Clarence House sits along The Mall – the grand avenue between Trafalgar Square and Buckingham Palace.

Charles and Camilla (Duchess of Cornwall) often entertain guests here. Charles spent time here as a baby, but only returned as an official resident in 2003.

There's an exclusive guided tour of the rooms where official engagements are held, including the Cornwall room, which isn’t usually accessible to visitors. Interestingly, the artwork that graces the walls is all the handiwork of Prince Charles - 22 watercolours painted between 1998 and 2006.

Many of the rooms remain arranged the way they were when the Queen Mother resided here.

Also at Buckingham Palace, The Royal Mews is the place to come for bling. Here you’ll find the royal collection of coaches and carriages – including the Gold State Coach.

This is the coach the Queen travelled to Buckingham Palace in for her coronation in 1953. In fact, it’s been used in every coronation since the 1760s.

Made by famed coach-maker Samuel Butler, its intricate gold cherubs and crowns will put your car in the shade. It’s well worth seeing it up close. 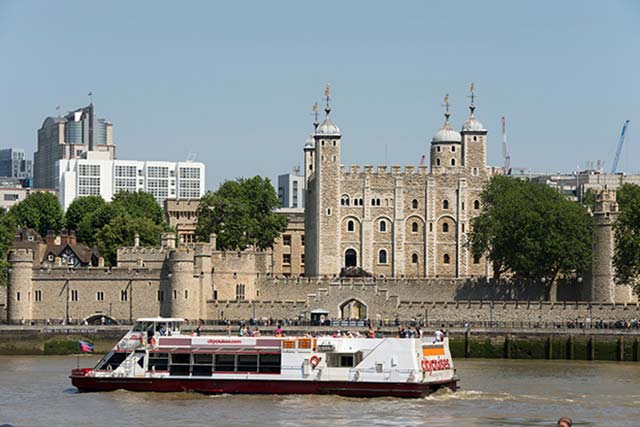 In centuries past this imposing medieval tower saw many who’d fallen foul of the Crown meet a grisly end, as it was used as a place of execution right up until the Second World War. Outside, the famous ravens - in residence since the days of Charles II - patrol menacingly.

They’re joined by the iconic and rather cool-looking Yeoman Warders – better known as ‘Beefeaters’. Be sure to join one of their tours, where they will have you laughing and gasping at the varied history of the Tower.

There’s a fascinating collection of swords, maces and other royal armour too. But most people are here to add a bit of sparkle to their day. Deep inside the vault, under armed guard, you’ll find the Crown Jewels. Be bowled over at the beauty of these treasures, made up of 23,578 gemstones. 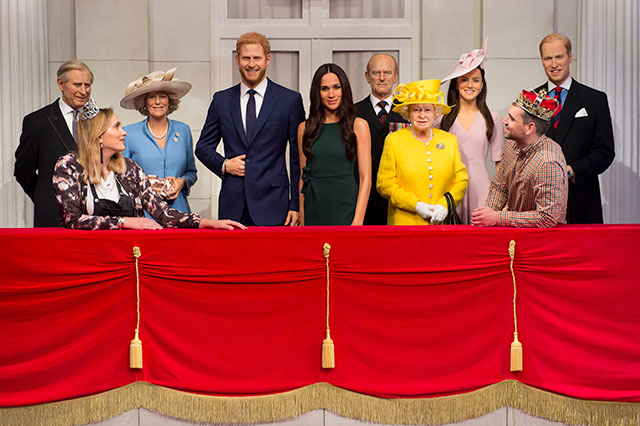 If your want to come face-to-face with royalty without an invite to the wedding, there’s only one place to go – Madame Tussauds. Where else in the world can you snap a selfie with the Queen?

Take your place on the world-famous Buckingham Palace balcony alongside the world’s most iconic family. And no, we’re not talking about the Kardashians, but there are a few of them here too.

From all the way across the Atlantic, the newest addition to the family has joined the ranks of royalty, as Meghan Markle makes her debut in wax alongside Prince Harry.

But it’s not just state royalty on display, as you can rub shoulders with Hollywood royalty too, including Tom Hardy, Angelina Jolie, and Eddie Redmayne.

And with 2FOR1 offers available at Madame Tussauds you can get even more from your day out.

Last but certainly not least is the Queen’s official London gaff, which attracts tourists from all corners of the globe. Hop off the train at Kings Cross and it’s just a short tube trip to St James's Park.

The State Rooms open to visitors every summer. These grand, 19th-century reception rooms are where the royal family entertain their guests (a bit like our living rooms, just much, much posher). Perhaps the poshest of these is the White Drawing Room – all chandeliers and ornate ceilings. When you’re done gawping, you can take tea in the Garden Café on the Palace's West Terrace. One lump or two?

Book a royal day out today