Someone wearing a white sheet and ‘wooooo’ing won’t cut it this Halloween. From haunted castles to paranormal pubs, check out these spine-tingling stops along our spooky east coast – if you dare…

Who or what: Victorian serial killer Daniel Feany and the ghost of Poppy the Flower

Newcastle Castle is one of the most haunted castles in England, with resident ghosts Poppy the Flower Girl and the vengeful Black Monk. Explore the castle as your own peril!

Who or what: The Blue Lady of Temple Newsam and the ghost of Phoebe Gray

Forget Mel B - the scariest thing to come from Leeds is the Blue Lady of Temple Newsam.

500-year-old Temple Newsam House has had a turbulent time over the centuries and is now home to several ghosts, including young nursemaid Phoebe Gray and The Blue Lady. Thought to be Lady Mary Ingram, who died of delirium after being robbed by highwaymen, The Blue Lady haunts the house still trying to find her stolen necklace. Beware of mysterious creaking noises, rushes of cold air, and muffled screaming.

Who or what: Plague outbreaks and plenty of restless spirits

Edinburgh’s Royal Mile might be a beautiful World Heritage site, sandwiched by Edinburgh Castle and the Palace of Holyroodhouse, but below it lurks Scotland’s spookiest street. Mary King’s Close is a maze of underground streets below the City Chambers, which were plagued with the Black Death and eventually bricked up in the 18th century.

With so many deaths from disease and violent murders, it’s no wonder Mary King’s Close has a reputation for hauntings. If you want to delve deeper into its horrid history, the popular visitor attraction will uncover all the urban legends on a guided tour.

Who or what: Dick Turpin, Jack the Ripper and the Tower of London's infamous Bloody Towers.

Pop in for a drink at The Spaniard’s Inn in Hampstead and you might catch a glimpse of Dick Turpin’s ghost. The nefarious highwayman planned his robberies at the pub and now haunts the Inn and Heath on horseback.

The Tower of London has a long and bloody past, so it’s no surprise that it’s chockablock with ghosts from our history books. Anne Boleyn (carrying her head), Guy Fawkes, Henry VI and Lady Jane Grey are just some of the big names that supposedly linger in the Tower.

You can also get two-for-one tickets on entry to the legendarily creepy London Dungeons.

The most haunted city, York

Who or what: Ghosts, ghouls and phantoms galore

According to the Ghost Research Foundation International (no, we haven’t just made that up), York is the most haunted city in the world, with 140 ghosts and 504 reports of ‘hauntings’. Highlights include the spectre of Catherine Howard, Henry VIII’s fifth wife, at the Principal’s House, and headless ghost Thomas Percy, Earl of Northumberland, who haunts Holy Trinity Church after being executed for treason in 1572.

The world's most haunted city also claims to have the world's first ghost walk – discover all of York’s ancient myths and legends as told by expert local guides. 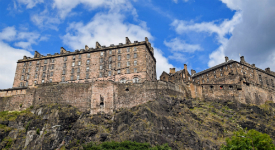 Not sure where to go? Explore our routes, from the majestic landscapes and castles of Scotland to the urban delights of Newcastle and York. 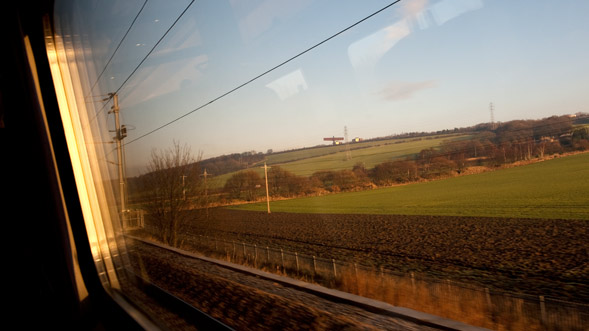 We always have red hot exclusive deals and discounts available for our customers. See what rail bargains you can bag right now.