If you've booked a train trip to Edinburgh, there's a good chance you'll be there when there's a festival on...

Edinburgh is world-famous for its festivals - no more so than in the crazy month of August, when there are five festivals on all at once.

Fun fact - there's actually no such thing as The Edinburgh Festival - although to be fair it's easier than reeling off the names of all of them.

Even if you're not in the Scottish capital at the height of summer, there are still six more festivals spread throughout the year you can experience. So let’s take a look at all the city's major festivals.

Be amazed, delighted and inspired by the Science Festival 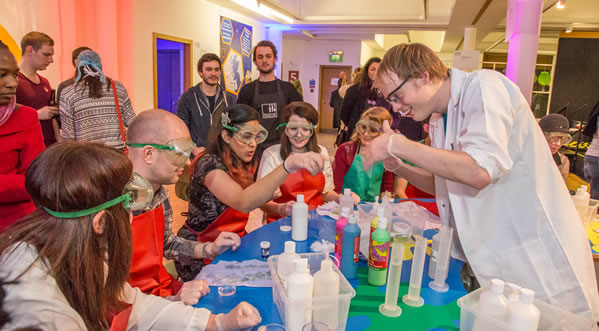 Launched in 1983, Edinburgh International Science Festival was the world's very first public science festival. It’s intended to be less 'stuffy conference' and more 'science to the people'. That’s not to say that the science isn't serious, though - speakers in recent years have included Nobel Laureates like Sir Peter Higgs of Higgs Boson fame.

In short, the festival's 270+ events offer family fun, activities for teenagers and young adults, plus plenty of grown-up science as well. As an added bonus, one of its main venues is right next to Waverley Station - perfect for LNER rail travellers.

More info on the Science Festival 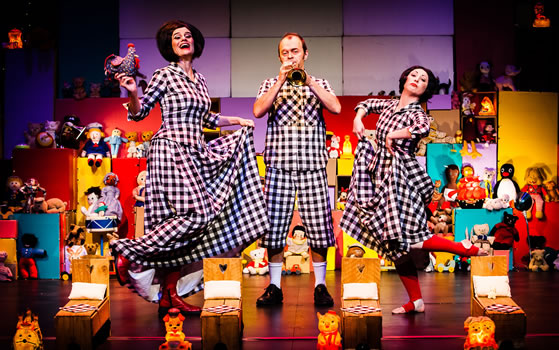 The Edinburgh International Children's Festival is aimed squarely at families, offering the best of theatre and dance for children from across the world. Performers from as far afield as New Zealand and Australia travel for the nine-day festival which has entertainment and experiences for even the smallest children.

It's a magical, colourful, week-and-a-bit – the perfect inspiration for inquiring young minds, and a delight for the grown-ups too.

Catch a premiere and see the stars at the Film Festival 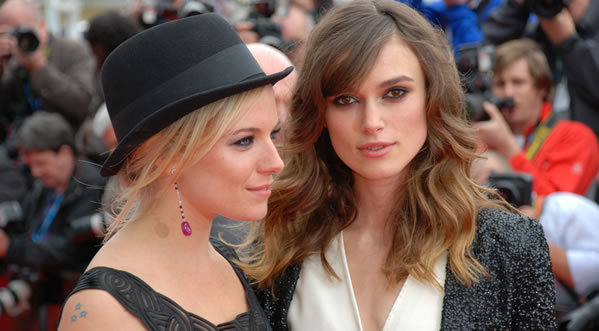 Founded way back in 1947, the Edinburgh International Film Festival was the UK's first international film festival and was originally focused on documentary filmmaking.

Nowadays it has all kinds of movie magic, and regularly hosts world premieres - including the likes of Billy Elliot, Brave, Let the Right One In and The Hurt Locker. Hollywood stars also grace us with their presence at screenings across its two-week run.

More info on the Film Festival

Enjoy the hot sounds and cool melodies of the Jazz & Blues Festival. 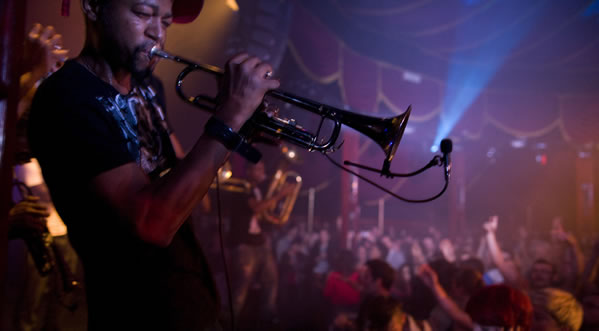 Edinburgh Jazz & Blues Festival is 10 days of almost non-stop musical perfection, with over 170 concerts crammed into a packed schedule.

Traditional jazz lovers are well catered-for, with Trad Jazz and old-school blues featuring prominently. But there's also plenty to interest newcomers at the more contemporary end too, with wild, foot-stomping gigs to rival any nightclub. Add in two huge free open-air events - the Mardi Gras and the Festival Carnival - and you've got yourself a truly vibrant and inclusive festival which should be on any music-lover's list.

More info on the Jazz Festival

Find a new perspective with the Art Festival 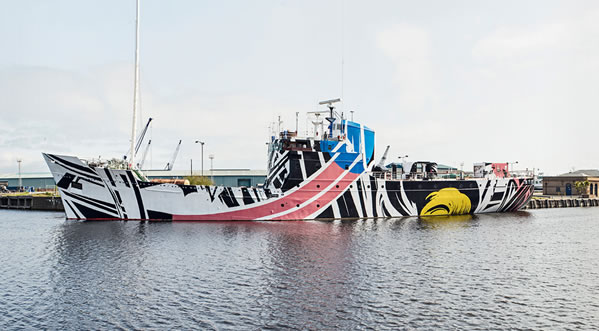 Edinburgh Art Festival attracts more than 250,000 visitors each year, making it the UK's largest annual celebration of visual art. The work on show ranges from collections of classic paintings and sculpture to some of the very best in modern art. There are also specially commissioned pieces from leading and new Scottish artists.

The emphasis is on making art available to all, with the vast majority of events and exhibitions free of charge. Families are well taken care of too, with guided tours and fun workshops to make sure everyone can be a part of the festival.

Where: Galleries and museums across the city

More info on the Art Festival 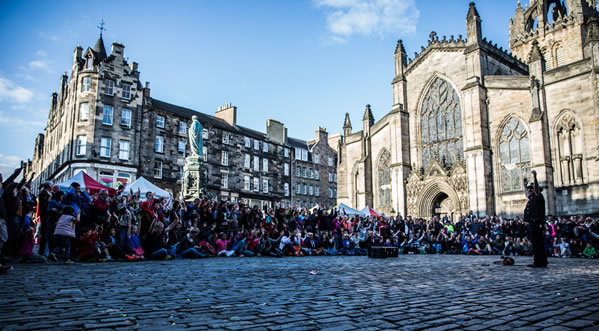 Given the sheer scale and diversity of the Edinburgh Festival Fringe, it's virtually impossible to capture in words - but let’s try anyway. Quite simply, it's something which has to be experienced at least once and preferably as many times as you can manage.

In the space of just three weeks there are around 2.3 million tickets issued for over 50,000 performances of almost 3,500 shows. The population of Edinburgh actually doubles as people from across the world come to see and perform theatre, dance, comedy, opera, music, cabaret - and just about every other art form imaginable.

Where: Hundreds of venues across the city (including cupboards, phone boxes and taxis!).

More info on the Fringe 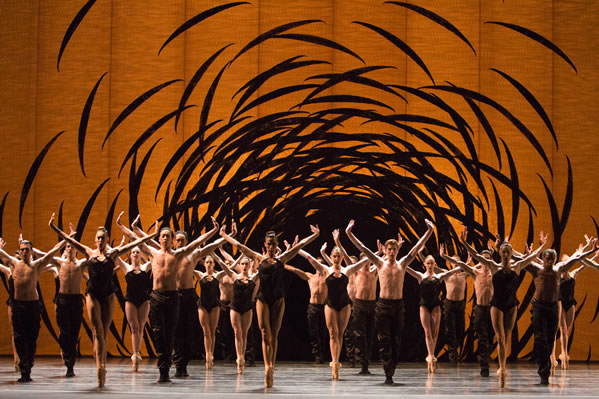 The Edinburgh International Festival is the granddaddy of them all. Its roots go right back to the post-war era, as Europe looked to forge a brighter future through artistic inspiration and expression.

The festival brings together artists and organisations of truly global significance, to present an annual programme of exceptional music, dance, theatre and opera in the major theatres and grand halls of the Scottish capital. Innovative programming and a commitment to originality mean whatever you see, it's bound to be something very special.

More info on the International Festival 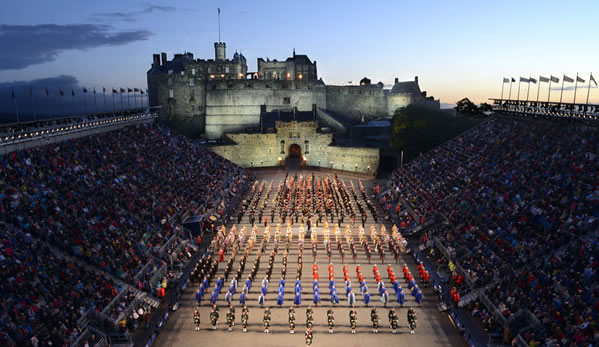 The annual Royal Edinburgh Military Tattoo is a renowned spectacle of tradition and ceremony that’s breath-taking to behold. With the historic Edinburgh Castle Rock as a unique and remarkable setting, huge crowds gather to savour every moment.

The Tattoo has never had a cancelled performance since its inception in 1950, and sells out its entire 220,000 ticket allocation time and time again. And while 100 million people also watch each year on TVs around the world, there's nothing quite like being there yourself.

While away the hours at the Book Festival 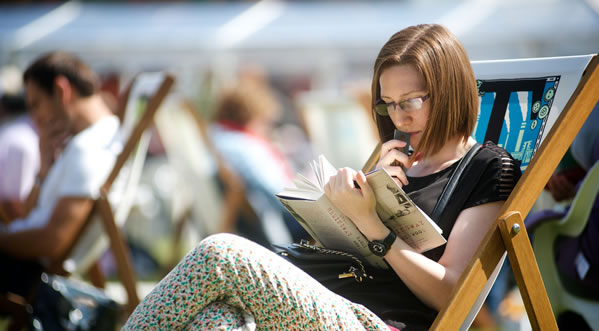 For an altogether more chilled August experience, the Edinburgh International Book Festival is the place to be. In the tented village created each year, you'll find an oasis of calm (at least compared to the rest of the city). Here book lovers can rub shoulders with world-renowned authors - or just relax in the sunshine with a deckchair, a drink and a favourite read.

That said, there's a huge programme of events, including author readings, signings, Q&As and workshops. Plus the lively music and performance programme at the late night Spiegeltent means there's plenty of excitement to be had too.

More info on the Book Festival

Cosy up around the fireplace at the Storytelling Festival 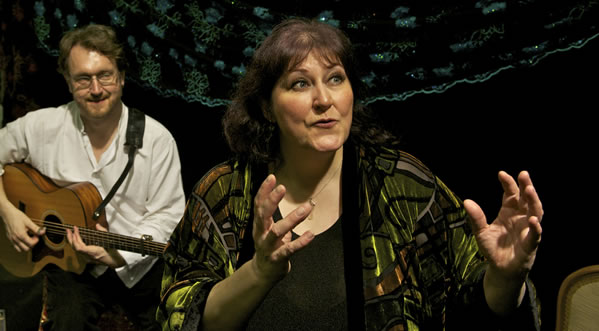 After the open-air extravaganza of the summer, Edinburgh's chilly autumn air is the perfect excuse to retreat indoors for the Scottish International Storytelling Festival. Drawing heavily on traditional tale-tellers from Scotland - as well as international guests with stories from their own cultures - the festival is a very special celebration of the oral tradition.

Folk music, tales of the supernatural and a sense of community are at the fore. Skilled storytellers draw their audiences in, bringing together past and present, real and unreal, for a mesmerising 10 days.

Where: Main venues include the Scottish Storytelling Centre and the Royal Botanic Garden.

More info on the Storytelling Festival

Party into the New Year at Edinburgh's Hogmanay 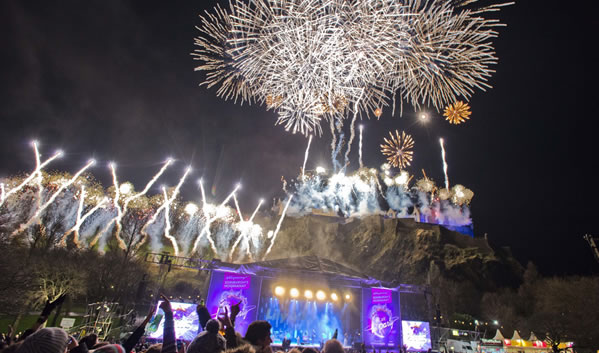 There's no better way to see out the old year and celebrate the new than Edinburgh's Hogmanay. It's a world-famous mix of top bands, huge crowds and traditional spectacle – including ice swimming and the awe-inspiring Torchlight Parade. You’ll experience some of Scotland's finest contemporary culture – not to mention those sparkling fireworks at the chime of midnight.

There's way too much happening to fit it all into a single day, so instead Edinburgh celebrates for three. It’s a joyous and very Scottish occasion. Little wonder that Hogmanay regularly features in lists of top travel experiences and 'things to do before you die'.

More info on Hogmanay in Edinburgh

Thanks to our friends at Edinburgh's Festivals for their assistance with this article.